Trying to Not Get Eaten (The Conclusion) 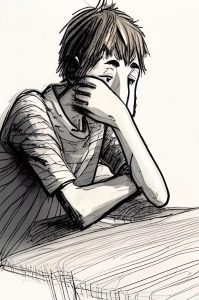 Stephen waited at the table across the hall.  Kicking him out of class seemed like the right idea at the time, but he missed Zack courageously sifting through his thoughts, and he missed Madison shouting at the hecklers to “give ’em space.”  I wished he could’ve seen all that.

Honestly, when I finally got to him, I was a little surprised he was there at all.  Too many times, I’ve seen kids storm out of class and never come back.

We’d both cooled off.  I could see as I walked up to him, he was scrolling through his phone totally calm, and I was riding the rays of sunlight pouring out of my classroom.  A sunlight that exploded in the room the moment everyone started applauding Zack.  God showed up in room 212 when I needed Him most, and I knew He’d be with me as I talked with Stephen.

I sat in a chair next to him, and he put down his phone.  Leaning in with my arms on the table, I looked at him.

“Do you have something against me?” I asked, whispering.  There were other teachers working around us.

“Then, why did you trip Laticia?”

“Cause I thought it’d be funny,” he said, smiling.

He leaned back in his chair, probably trying to give himself a little space.

“Stephen, I’m trying to do my job.”  My voice got a little louder, and I pointed to the classroom.  “It’s not easy getting everyone to actually think and care about learning in there.”

I was trying to look into his eyes, but he kept staring at the table.

“Stephen, look at me,” I said, and he looked up, but his smile was gone.  “When you throw trash across the room and trip people, you’re making my job twice as hard.”

He nodded his head, and I could tell there was no more fight in him.  But there was something else–he was sad.

“I wish you could’ve seen Zack,” I said, smiling as I tried to read Stephen.  “He did something so brave.  He struggled to think of an idea in front of the whole class, and when he finally got it, everyone clapped.”

I paused, waiting for him to look at me.

“And I need everyone’s help to make it happen, including you,” I said, pointing at him.

When I got up from my chair, so did he.

“Let’s go.” I pointed toward the classroom, and he walked where I pointed, his shoulders slumped and his head hanging low.

He reached for the handle to walk back into the crowd of 32 noisy students, but before he walked through the door, something stopped me.

He turned toward me, expressionless.

He looked down at the ground, quiet, waiting for the words. 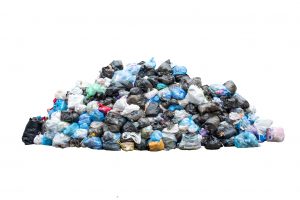 “My dad kicked me out last night,” he said, and he wasn’t crying or asking for help–just adding another sucky fact to the trash heap of his life–and we both stood there in the horrible stench of it all.

“It’s okay; I’m used to it.”  And when he said that, I thought about what I had done twenty minutes earlier.  I was another adult, probably in a long line of adults, kicking him out.

He was used to it? The thought was repulsive.  I had no idea.  Of course I didn’t.  How could I?

But someone did know.  The One writing my story, the Author of that moment, stopped me at the door.  He was the One leading the conversation, and He could see past Stephen’s tough exterior deep into the heart of a kid who was broken.  I knew why he stopped me.

He was looking down at the ground.

“But I need you to stop making my job harder.”

When he nodded his head, I patted him on the back and opened the door.

But where exactly was “there”?  That classroom was no longer a place I dreaded.  It was a place I saw God stir up His magic in an extraordinary way and make something beautiful.  My understanding of Stephen, like my understanding of that 7th period class, had changed.  And the lie I believed about my year being terrible, like a dangling leaf in the autumn wind, broke loose and drifted away.

A few days later, Jaylon got up in front of that same 7th period class and told everyone how much he missed his mom.  He spoke with courage about her death and remembered the way she made everything better.  Everyone listened to him like they were family.

Fernando was part of that beauty too.  I caught him helping one of the struggling readers in class find his place in the book we were reading aloud.

Then there was Elise helping Kyle with his paragraph just last week.

And when Preston asked for the bathroom pass that Darren was just about to use, I heard Darren say, “Go ahead, Preston; you go first.”

Giving up bathroom passes, being brave in front of peers and helping someone else read or write a paragraph may not seem monumental, but in a classroom full of broken people like myself, those little moments change everything.  Proverbs 3:5 says, “Trust in the LORD with all your heart and lean not on your own understanding.”  That’s my problem.  I lean too much on my understanding. 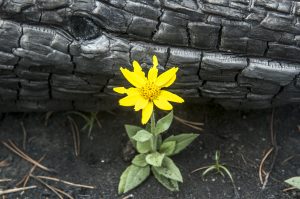 That’s all for today!  Do you like these stories? A great way you could show your appreciation is by forwarding this email to someone else who might enjoy them. Or did someone forward this to you? Sign up here to get a story like this one twice a month. Thank you for your support!