Trying to Not Get Eaten 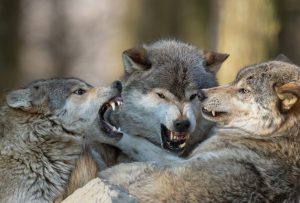 Ask any teacher what classes are hardest to teach, and most of them will grumble about the last one of the day.  Imagine trying to talk to 33 hormone-filled teenagers about the imagery in Of Mice and Men when an Xbox, a huge bowl of Frosted Flakes, or a solid nap are just moments away.  Who can compete with that?

So every year, when I get the email with my schedule, I hold my breath, desperately hoping I don’t get a 7th period class.  I know what you’re thinking.  It seems a little cowardly.  But school is hard enough for kids, and when you throw in the distraction of the school day being almost over, it’s like trying to tell a pack of wolves to please sit when there’s a pile of juicy steaks right in front of them.  Anyone standing in their way risks being eaten alive.

I’d just rather not get eaten.

This year, as soon as my schedule came, my eyes scanned to the bottom of the email, and my heart sank.

“No,” I whispered.  And right there at my desk, I closed my eyes, put my head in my hands and believed a lie.

This year, I thought, will be terrible.

The first day came, and every class went smoothly. . . all except that 7th period.

Hector tried to squirt whiteboard cleaner in Maddux’s hair.  Jeffrey decided to stand up in the middle of class and tell a story about Sonic the Hedgehog, interrupting my syllabus overview that nobody really cared about anyway.  Jose and Donato poked at each other, laughed, and shouted across the room at their friends.  That lasted until I moved one of them, and he only moved after I folded my arms, glared at him, and growled out the word “Move!” five times.  Eventually, the bell rang, and I fell into my chair, totally exhausted.

Here’s what was really sad.  Right in the middle of all that chaos were the handful of kids with learning disabilities and special needs.  Mrs. Boone sits with them and patiently helps with anything they might need, like writing a journal entry or finding a pencil.  They need quiet, calm environments to learn, but that 7th period class was anything but calm.  It was just what I thought–a raging storm I wanted to avoid.

As the week went on, I asked God for help.  I even told friends to please pray, but it didn’t feel like the battles would end, until the third day.  Just before the bell, Josh walked right up to me.

“Mista Ahnfeldt,” he said, peering through his black-rimmed glasses, “I was wunning and wunning frew the halls to get here, and I made it.”

“You sure did, Josh!” I told him.  I gave him a fist bump, and a little ray of sunlight warmed our cold classroom. 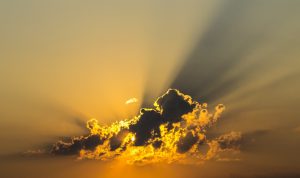 Zack wanted in on the positivity.  He pulled out his notebook and smiled.

“How has your day been, Mr. Ahnfeldt?” he asked.  His enthusiasm almost seemed out of place, a refreshing innocence like a paper boat in an angry ocean of brokenness.

“It was great, Zack,” I told him.  More sunlight poured in, and I knew the source.

With most of the class in their seats, the bell rang.  A few people ducked in, desperately trying to glide into their ceramic desks undetected.   I watched them sit down and welcomed the class with a few important reminders.

“Put away your phones and your airpods,” I said.  Kids rolled their eyes and slid their cell phones into their backpacks.  I waited.

“Ready?” I asked, waiting for silence.  “Ready?”  And then with a smile, I said, “Good afternoon students.”

Some of the students lifted their chins as if to say, “What’s up,” a few others offered cheerful, “Good afternoons,” and some just looked down at their desks, scouting out optimal napping positions.

“Today, I want you to think of words you live by.”

Stephen was giggling about what a friend whispered, so again, I waited.  The giggling stopped, and I continued.

“I want you to think of a line from a song or maybe a quote from a movie you feel represents how you live your life, and you can use your phones for help.”  When I mentioned “phones”, a few kids perked up.

The class got started in a flurry of unzipping backpacks and busy conversation.  In the middle of it all, I watched Stephen throw a wad of paper at Juan and laugh.  He wasn’t looking for quotes.  Clearly, doing what I asked was the last thing on his mind, and his cavalier indifference made my blood boil.

Most of the students settled down and pulled out their phones.  As they worked, Laticia walked toward the trash can.  She carried a pile of ripped up paper, and just as she started to pass Stephen’s desk, he stuck out his foot.

Her sandal hit his white tennis shoe, and in an instant, she was sprawling, stumbling forward, hands outstretched, reaching for anything.

She fell against one of the desks.

“What the hell?” she yelled.

All eyes moved from Laticia to Stephen.   He was doubled over laughing at his handiwork.  Some of the students laughed along with him.

I was way past blood boiling.  Looking at Stephen’s smiling face, I walked a few steps up the aisle until I stood over him.

“Stephen,” I said, as calmly as I could.  “get your stuff and wait for me at the table across the hall.”

Every nerve in my body felt like it had been rubbed raw.

I nodded my head.

The class was silent as Stephen got up out of his chair and whipped his backpack over his shoulder.  Everyone watched him saunter over to the door, still smiling. 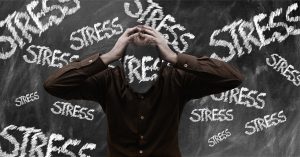 Mrs. Boone followed him.  I was grateful.  I wasn’t ready to talk to him yet.  The sunlight from the beginning of class was clouded over by the heckling masses, and the lie I believed about this year was starting to take root.  All I could do was stand there.

Just breathe, I told myself.

“Okay, back to work everyone,” I shouted, trying to smile, trying to act like I was okay.

That’s all for today! Thanks for reading, and make sure to check out the conclusion in two weeks.  Do you like these stories? A great way you could show your appreciation is by forwarding this email to someone else who might enjoy them. Or did someone forward this to you? Sign up here to get a story like this one twice a month. Thank you for your support!