Trying to Not Get Eaten (Part 2) 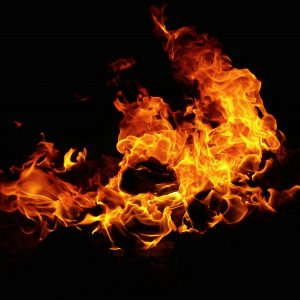 Class had barely started, and it was already a disaster.  Across the hall, Stephen waited for me.  After tripping Laticia and getting kicked out of class, he and I needed to have a little chat.  But he could wait.  I needed to calm down.  Adrenaline surged through my body like fire.

The rest of the students in the classroom jabbed at each other or laughed; some did what I asked, looking for quotes that define them.  I took time to breathe.  Then, eventually, I brought them back together.

Let’s see what a little extra-credit opportunity will do, I thought to myself.

“I’d love it if a few of you would share the quotes you found!” I shouted above the hum of conversation and laughter.

A few hands shot up, but before I called on anyone, I added one more thing.

“And if you can connect two of the quotes people share, you’ll get extra credit.”  That got some excited smiles, and I called on Maddox.

“I like the quote, ‘When you’re tired, work harder,'” he said.  He talked about playing football and the importance of practice.

“That’s a great one, Maddox, especially for football.”

“My quote is ‘With great power comes great responsibility.'”  A few of his friends chuckled, pretending to shoot webs from their wrists.

I nodded my head, laughing with them, and saw Preston’s hand in the front.

“I’m gonna try making a connection,” he said.  He talked about the responsibility from Jalon’s quote and how it reflected the hard work from Maddox’s quote.

“Nice Preston.  That’s exactly what I’m talking about!” I said as I penciled in the extra credit.

Zach watched eagerly.  As the discussion progressed, I could see it in his face.  He wanted to dive in, but the waters, so to speak, seemed a little rough.   Eventually, he sat up at his desk, looked at me with determination and raised his hand.

“Mr. Ahnfeldt,” he said with a proud smile, “I think I can make a connection.”

A few kids in the back snickered at his extra enthusiasm.

“Let’s hear it!” I said, ignoring the snickering.

“Well, Fernando’s quote. . .” He thought for a minute while everyone waited.  “What was your quote?” he asked, pointing at Juan.

“That’s right. . .Sorry about that.”  Zack’s voice was steady but slow.  He put his hand on his forehead trying to think.  “Sorry about that.  Could you repeat your quote, Juan.”

“Yeah, and your quote I thought was like . . .”  He pointed at the young man with the Metallica t-shirt two rows in front of him.  “What’s your name again?”

“Oh yeah.  Your quote was something about discipline. . .right?” he asked.

“Discipline is doing what you don’t want to do,” said Elijah, “like you love doing it.”  He threw the quote out there to hurry things along.

Everyone looked from Elijah back to Zack, waiting for him to finish.

He was stuck.  The cloud of thoughts floating around him refused to crystalize. His peers rolled their eyes, and my heart ached for him.  I wanted to step in and take over, but he wouldn’t quit. 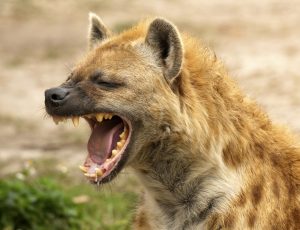 Uriah and his friends giggled like hyenas around a carcass.  Zack peeked at the mockers.

Seated next to Zack was a tall basketball player named Madison.   Her long black hair and strong frame demanded respect.  She watched Zack with the rest of us, but she also watched the hyenas giggling.  And she was done!

“Hey!” she yelled, like she was shouting for a pass across the court.  “Give ’em space!”

“If you want to live well. . .”  He looked at me; he looked at Madison, and then with a newfound confidence, he finished.

His words landed, and nobody knew what to say.  I wanted to throw up my arms like Rocky Balboa and shout with joy.  Madison coming to Zack’s defense, Zack bravely putting together his thoughts, and the answer finally coming out–it was all so beautiful, like a rainbow after the rain, and all of us sat there in wonder!  I had to say something.

“Guys,” I said, surveying their faces, “what Zack just did showed courage!”

“It’s hard enough speaking publicly when you’ve already thought through what you’ll say, but Zack did all his thinking right here in front of all of us.”

A smile slowly grew on Zack’s face as I talked.

“Do you know how hard that is?”

More nodding heads, and when I started clapping, everyone clapped with me.  The whole classroom erupted in a roar of applause. 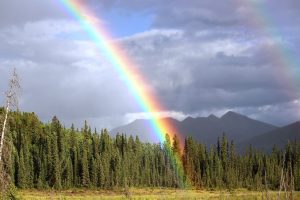 And in the middle of it all was Zack, beaming with a shy smile, basking in the space Madison helped create.

Watching him smile, I saw myself.  The hecklers in the shadows circle around, laughing like hyenas about my age, lesson plans that go wrong, or the ridiculous idea that maybe I’ll publish a book.  I feel weak in their mockery and long for a voice to cry out above the noise, “Give em space!”  That voice–that Hero–exists!  It was His voice I heard when Madison shouted.  It was His pleasure I felt as I looked at Zack’s shy smile.  He saw me in that classroom; He heard the prayers about 7th period.  And as I prepared to walk across the hall to chat with Stephen, I took a deep breath and knew He’d be there too.

That’s all for today! Thanks for reading, and make sure to check out the final installment of this story in two weeks.  Do you like these stories? A great way you could show your appreciation is by forwarding this email to someone else who might enjoy them. Or did someone forward this to you? Sign up here to get a story like this one twice a month. Thank you for your support!