The Perfect Storm (The Conclusion) 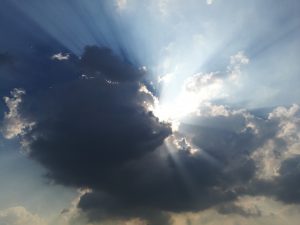 Room 212 has no windows.  There’s no sunlight breaking through the blinds, warming my students in its brightness.  There are no views of Pikes Peak or of the leaves changing outside.

That classroom has been my home base, the setting where I’ve experienced the highs of great class discussions with tears and vulnerability and the lows of facing my own brokenness in the midst of absolute chaos.  And sitting behind my desk or standing at the podium, I’ve had a front row seat to watch God work.  As the Author of my story, He uses that classroom, weaving in little miracles to show all of us He’s paying attention.

So I really don’t need windows.  Sunlight floods into my classroom every time I see my students bravely take off their mask or reach out in love to help classmates they hardly know.  God brings that sunlight through the teenagers I hang out with every day.

Some of those teenagers opened up one morning during first period.  Listening to them talk about police taking away parents and birthdays spent alone left me struggling for answers.  And even though listening can be helpful, students like Justice and Haylee need more than that.

I sat in my office a week after that heavy discussion, answering some emails.  Honestly, the memory of my students’ “perfect storms” and the pain on their faces had faded.

But someone else hadn’t.

Someone else heard the stories, and as she listened, she heard the voice of the God who knew the pain of those storms and saw each of those kids caught in the middle of them.

I had no idea just how closely she followed that voice until she walked into my office.

“Hey, Ahnfeldt,” she said, dropping into the black cushy chair next to mine.

“Maddy!” I shouted with a smile.

My office has become a meeting place.  When the last bell rings, Maddy heads for my office, and eventually Walat shows up.  They’ve been friends for as long as I’ve known them, since they were sophomores sitting behind desks in room 212.

I teased her about the paper numbers she hadn’t finished cutting, and she let out a big sigh, laughed and said something about the grief she deals with being my TA.

The week before, she was there during first period when my students began taking off their masks.  She had put down the scissors and listened.

Settling into the chair behind me, she started scrolling through her phone while I finished emails.

“Wanna see what I’m getting for Haylee?” she asked.

“Whose Haylee?”  The thought hadn’t occurred to me she was talking about Haylee from first period.

“You know, from first period.”  She waited to let me catch up, and then she added, “She invited me to her birthday party.”

My heart skipped a beat. 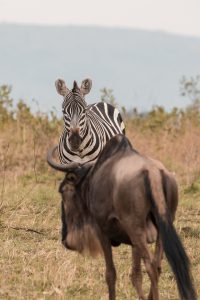 What?  I thought.  A senior going to a sophomore’s birthday party?  Two years isn’t normally a lot of distance between two people, but in high school, it’s an eternity.  Seniors don’t hang out with sophomores.  They’re two different species of people; it’s like a zebra hanging out with a wildebeest. They just don’t graze together in the same public-school grasslands.

I recovered from my shock in time to see Maddy leaning toward me with her phone.  She showed me a picture of little blue lights surrounding a trampoline.

“She really wanted lights for her trampoline, so I ordered them.”

I couldn’t believe what I was hearing.  Haylee–the one who told the class she didn’t have friends—had invited Maddy to her birthday party.

“How did this happen?” I asked, fumbling with my words.

“We’ve been talking and hanging out a little together.”  She looked at me and laughed at the shock on my face.

“Maddy, that’s so cool!”  I shouted, giving her a high five.

“Yeah, and I think I’m gonna ask her to Young Life.”

Little by little, Maddy had gained Haylee’s trust.  They would stop and say “Hi” in the halls, they’d talk when Haylee walked into class, and when Haylee was really hurting, Maddy would listen.

Haylee had a friend.

One night, both of them showed up at Young Life.  I watched Haylee look at Maddy and laugh as the volunteers up front squatted low to put out candles with their butts.

And when our head leader Dallas walked up to the front, he talked about the girl he thought was the perfect date leaving him at the homecoming dance. 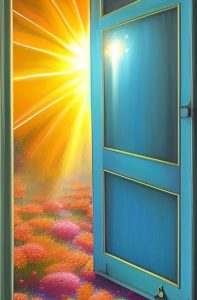 He was right, and as he spoke, that same Jesus was there with us in the room, using His perfect timing to make miracles happen yet again.

We sang Lean On Me, not exactly number one on the Christian hits list.  Still, anyone watching Haylee and Maddy sing along with their arms around each other would’ve felt compelled to worship.

“Lean on me, when you’re not strong, and I’ll be your friend.  I’ll help you carry on.”

The One who saw Haylee’s pain brought Maddy just in time.  They swayed to the music, and the same voice that spoke to Maddy’s heart that early morning during first period was speaking to Haylee, bringing His own kind of peace and silencing a perfect storm.

There may not be windows in room 212, but every morning when Maddy greets Haylee as we settle into our seats, there’s sunlight, and that light filling my classroom is far better than any window could ever offer.

That’s all for today! Thanks for reading.  Do you like these stories? A great way you could show your appreciation is by forwarding this email to someone else who might enjoy them. Or did someone forward this to you? Sign up here to get a story like this one twice a month. Thank you for your support!