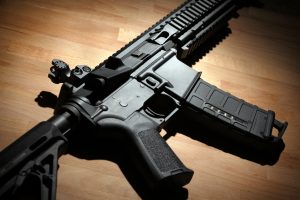 He was only nineteen—a recent graduate of Central Visual and Performing Arts High School.  The police called it “the perfect storm” for a teenager, the kind that would drive him into such darkness that he’d pick up a gun and walk into his old school.

A teacher and student were killed in that storm.  Whether it’s because of COVID, brokenness in families, or the technology that makes it too easy to sit in front of lit-up screens instead of friends, community is dying.  And in the rubble of what’s left, people are discovering the source of the storm—loneliness.

My students stumble through the debris of their own “perfect storms”.   And the winds of those storms came blowing into my classroom one early morning during first period.

We were talking about Crooks, one of John Steinbeck’s characters in Of Mice and Men.  And Xavier needed a pillow.  The poor guy could barely keep his eyes open under all that hair of his.  Eight o’clock in the morning wasn’t exactly the easiest time to process a character like Crooks, but I had to try.

We’d just finished reading one of his biggest lines:  “A guy needs somebody to be near him. . .I tell ya a guy gets too lonely an’ he gets sick (73).

“Everyone pull out your journals!”  I shouted with a smile.

Students groaned as they unzipped backpacks, and when the zippers stopped, I gave them their prompt.

“Write about a time in your life when you felt alone.”

I wanted them to identify with Crooks.  Maybe they got lost in a mall when they were little or struggled to find friends in middle school.  That’s not what I got.  My cookie-cutter life growing up with two parents, a five-bedroom house, and plenty of milk and Honeycombs in the kitchen didn’t prepare me for what I was about to hear.

Silence settled softly, and pens and pencils glided across paper.

I looked over at my teacher’s aide, Maddy.

“Can you finish cutting out those paper numbers?” I whispered.

She smiled, put down her phone and grabbed some scissors.  I’ve known Maddy for three years now.  She used to be one of my sophomores, like the kids writing in their journals, but as a senior, she’s blossomed into a leader.

A few minutes passed, and I broke the silence. 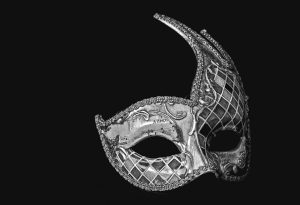 At first, nobody raised their hands.  Students looked at each other, too scared to take off their masks.

Then Danny’s hand went up.

His hoody was pulled almost all the way over his face, and he was looking down at his journal.

“When I was little, my parents moved here from Saigon.”

He leaned back in his chair and picked up his journal.

“I couldn’t speak English.  None of us really could.”

Then, he paused to take a deep breath.

“So I couldn’t make friends.  I couldn’t talk to nobody.  Yeah, that was pretty lonely.”

“What did you do after school?” I asked.

“I just went to my apartment and sat in my room.”

“That had to be tough, Danny,” I said.  He nodded and more hands went up.

Hailey was in the back raising her hand.

“I’ve always felt lonely, Mr. Ahnfeldt.”  She looked right at me, and the tears in her eyes sparkled in the fluorescent light.  “I act like everything’s okay because I don’t want to bother anyone, but I don’t really have friends.”

“That stinks, Hailey.”  And I pointed at the people in the classroom.  “I think there are a bunch of people here who care about you.”  She smiled, but I could tell my words fell flat.

“Anyone else?”  I asked, a little scared about what I’d hear.  Jo’s hand went up slowly.

“Go ahead Jo.”  Everyone felt the sacredness of the moment.  The masks were coming off, so nobody dared say a word.

“My parents used to fight a lot,” she said.  “A few times the cops had to come.”

Everyone watched Jo push her hair back and fidget with her pen.

“One time, they took my dad to prison.”

“Yeah, I hated being at home.”

Others joined the discussion that morning.  Nate talked about his speech impediment, and the bullying he dealt with in middle school.  And Justice spoke about sitting alone on his thirteenth birthday.  He’s a big young man with a black dew rag and a barrel chest, but when he talked, even his tough-guy grin couldn’t hide the pain on his face.

Moments like that early morning conversation are sacred; kids find the courage to take off their masks, and in the process, discover a little community.  But those moments are also terrifying.  When their raging storms come blowing into room 212, what am I supposed to do?  There are no perfect words or timely pieces of literature that’ll erase all that loneliness.

Being a teacher and the only adult in the room, I feel like I’m supposed to have answers.

All I can do is listen. 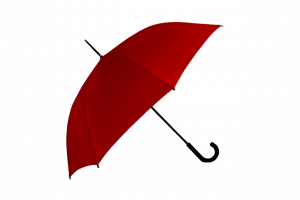 I know what you’re thinking—listening accomplishes a lot—and you’re right.  One person listening could be the umbrella a kid needs in his “perfect storm”, the one that offers value and maybe even convinces him to put down the rifle.  But in my opinion, these kids need more.

They need their storms to end.  They need more than a class discussion.  And as the kids walked out of room 212 that morning, I didn’t know it at the time, but more was about to come.

Someone else was listening to the kids.  She put down her scissors, and she listened well.  The winds of loneliness howled loudly, but somehow the voice of the One whispering to her heart was louder—the same voice that spoke peace into the storm and silenced it (Mark 4:39).  She was about to follow that voice naturally, like breathing, but to anyone watching her, including me, what she was about to do wouldn’t seem natural at all.  It would be strange and beautiful, but not natural, because love never seems natural in the middle of perfect storms.

That’s all for today! Thanks for reading, and make sure to check out the conclusion in two weeks.  Do you like these stories? A great way you could show your appreciation is by forwarding this email to someone else who might enjoy them. Or did someone forward this to you? Sign up here to get a story like this one twice a month. Thank you for your support!