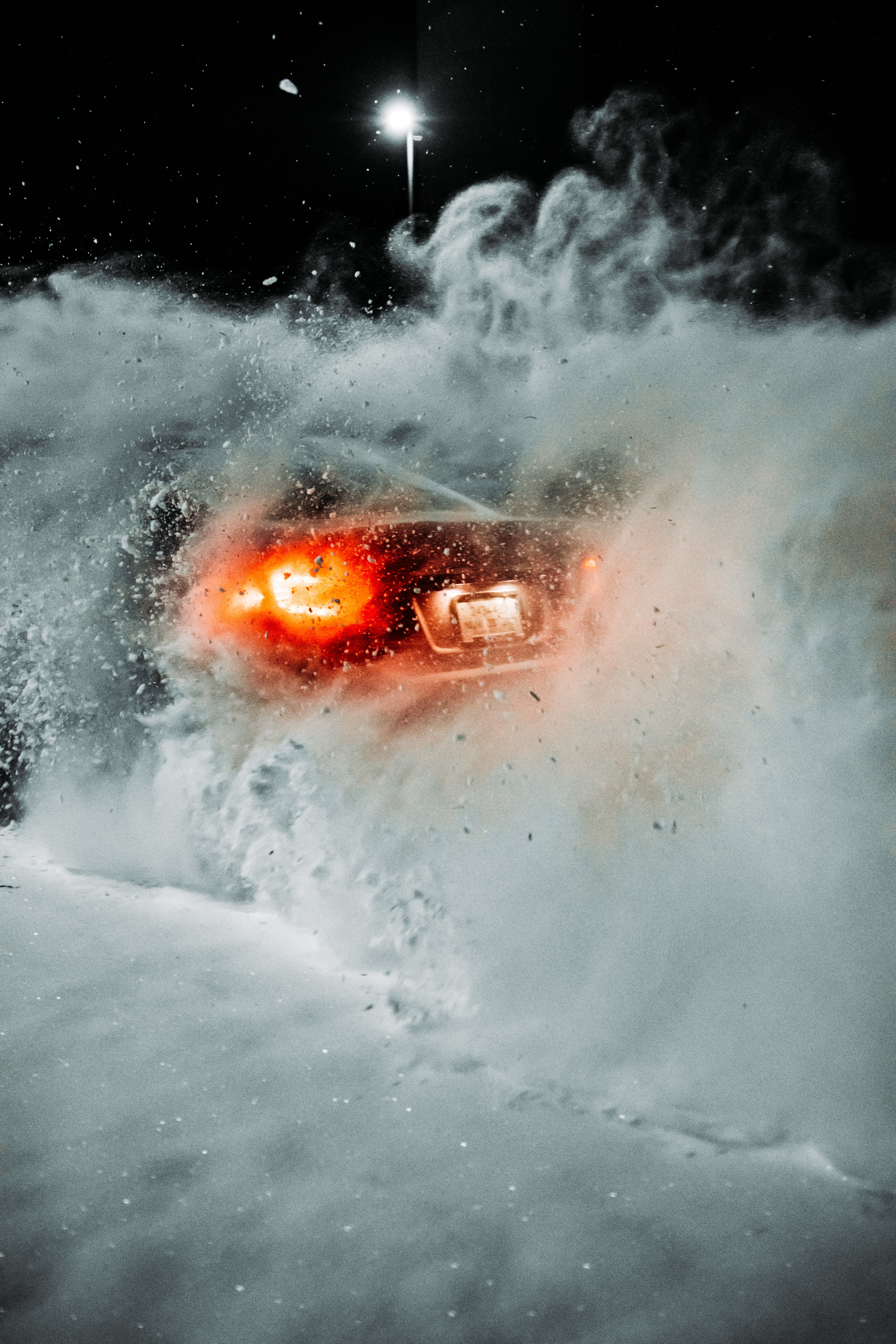 Icy, snow-packed roads didn’t used to scare me. Living in Colorado, I got used to driving in winter weather—maybe a little too used to it.

But that all changed on Interstate 70 a couple of weeks ago.

My wife’s parents invited our family to join them for a ski trip in Breckenridge. Deb’s brother Tim was coming, and so were his kids, Penelope and Ethan. The forecast was light snow, and very little in the mountains, so like clueless lemmings, we piled into the minivan with high hopes.

Clouds loomed over us, but the snow didn’t hit until Monument. At first, white swirls of snow blew harmlessly across the road. But just as we started heading toward I-70, that harmless snow started sticking.

“We should’ve gotten winter tires,” I whispered to Deb as she strained at the wheel. Our tires were all-weather, but they were two years old.

“Come on!” I said to the car in front of us. “We need to get up this hill!” The tires spun and skidded in search of pavement. We moved slow, but eventually, we made it.

We limped into a Chick-Fil-A to meet the cousins and grandparents for dinner. Snow was coming down hard, and there was a mountain drive ahead of us. The kids opened the side doors and ran toward the waffle fries and chicken nuggets.

I turned to Deb as she unbuckled.

“I better put on some chains,” I said, sighing. There was no way in my mind we’d make it without them. With a smile and a pat on the shoulder, she thanked me and headed inside.

It’s important to note here that I’ve never put chains on tires before. I’m not very mechanically minded, but I breathed in deep, and went to work.

Step one—open the blue container with the chains. Nope. Even that was a struggle.

This is gonna be bad, I thought to myself. I turned on my phone for some YouTube help when my brother-in-law, Tim, opened the door.

“Can I help?” he asked. It was like Captain America had just broken through enemy lines. Relief washed over me. Eventually, despite freezing wind and snow whipping all around us, we did it. Dinner ended, and we were off, headed into the storm. 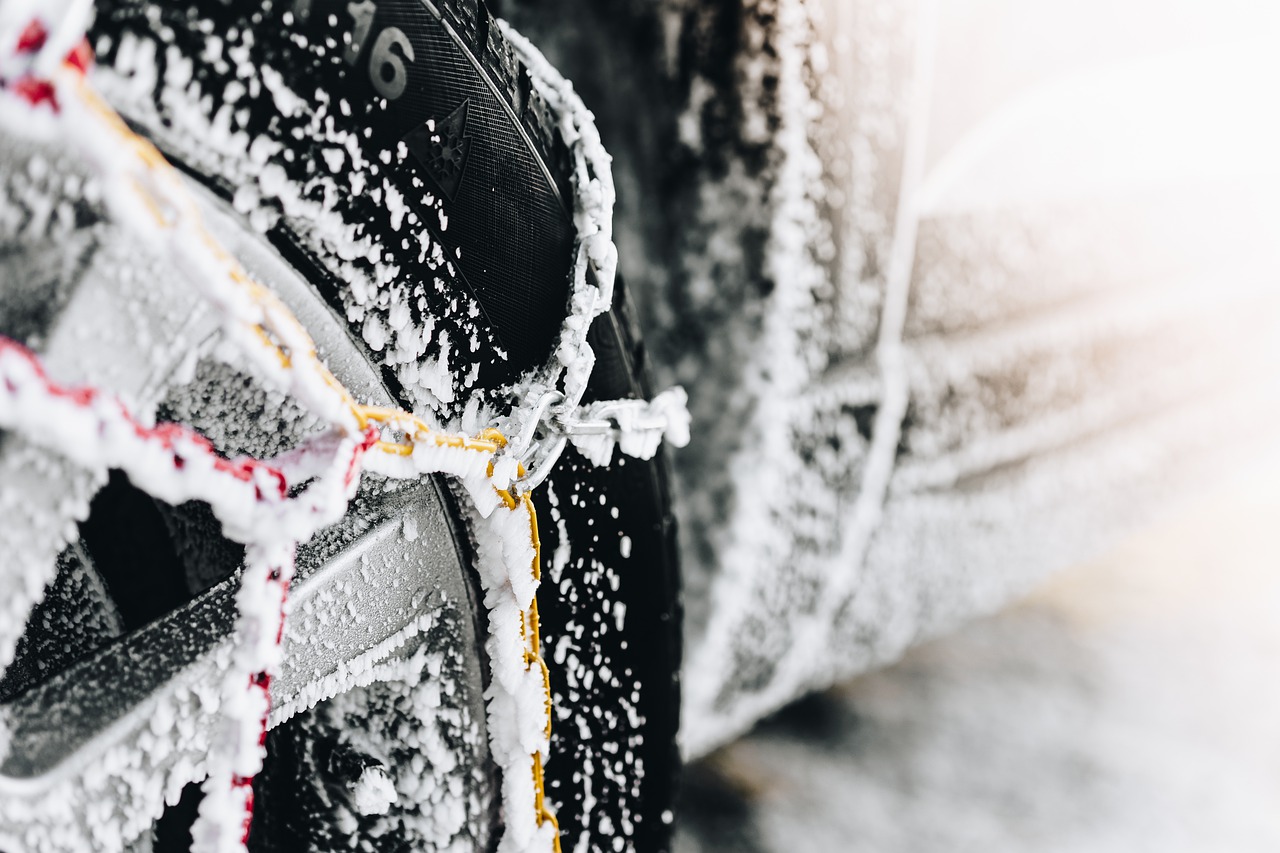 The chains rattled as soon as we left the parking lot. That turned to violent banging.

“Is this normal, Daddy?” Joy asked. I could barely hear her over what sounded like a howitzer gun firing.

“I don’t know,” I shouted. All of us just wanted off the road.

When we passed a jackknifed semi headed the other direction, everyone gasped. Sirens lit up the night, and interstate access down the mountain shut down.

Still, we rattled along, slowly working our way up the road. Suddenly, a loud bang echoed through the car. Rattling on one of the tires stopped.

We all looked at each other, and I kept driving. Another bang rang out, and then no more rattling.

“There go our chains,” I said, and I didn’t have to shout. It was like floating through clouds compared to the noise earlier. We were driving on a snow-packed interstate going uphill with no traction.

“At least the noise is gone,” Hope said. We all sat in silence as the car continued moving up the mountain.

“Please help us get up this mountain,” I prayed silently. I expected the fishtailing and spinning wheels, but nothing happened. We just kept climbing.

More sirens approached, and I moved over.

“Where is that?” Deb asked. Cars started slowing down, but the exit was coming.

We took it, and the road got steeper.

“Oh my gosh!” I said, looking up at the winding, steep road. There was no dirt, no plowing, only snowpack and ice. Still, we kept climbing.

“How’s this happening?” I asked. Nobody responded. We just kept staring at the blowing snow in the headlights, the ice, and the road that kept moving under us as the car crawled forward.

Every 20 feet felt like a mile, but we kept climbing. And the tires weren’t losing traction! There was no slipping at all.

“Guys, this has to be God!” I shouted. “There’s no way we should have traction!” Eventually, our two-year-old tires and a minivan with no chains made it to the top of Berthoud pass in a snowstorm.

As we headed into the valley, the snow stopped. The moon came out, reflecting off the snow-covered mountains, and the calm outside captured the feeling inside. We could breathe. People sat back in chairs, and I loosened my grip on the steering wheel.

Needless to say, with Breckenridge still two hours away, we decided to stay at a Best Western in Winter Park. Lit-up lights on trees and storefronts welcomed us, and our nightmare ride was over.

After parking the car, I dropped to my knees in the snow. “Thank you!” I said, looking up at the stars in the cold night sky.

The next day, we were pulling out of the parking lot headed for Breck. The morning sunlight filled our car, and Joy spoke up.

“Hey guys!” she yelled, excitedly, “Guess what today’s verse is on the Bible app.”

“In his heart a man plans his course, but the Lord determines his steps” (Proverbs 16:9).

All of us knew God was up to something. We planned our course for a smooth ride to Breckenridge, but God determined our steps—or our tires—along a rough road to Winter Park. 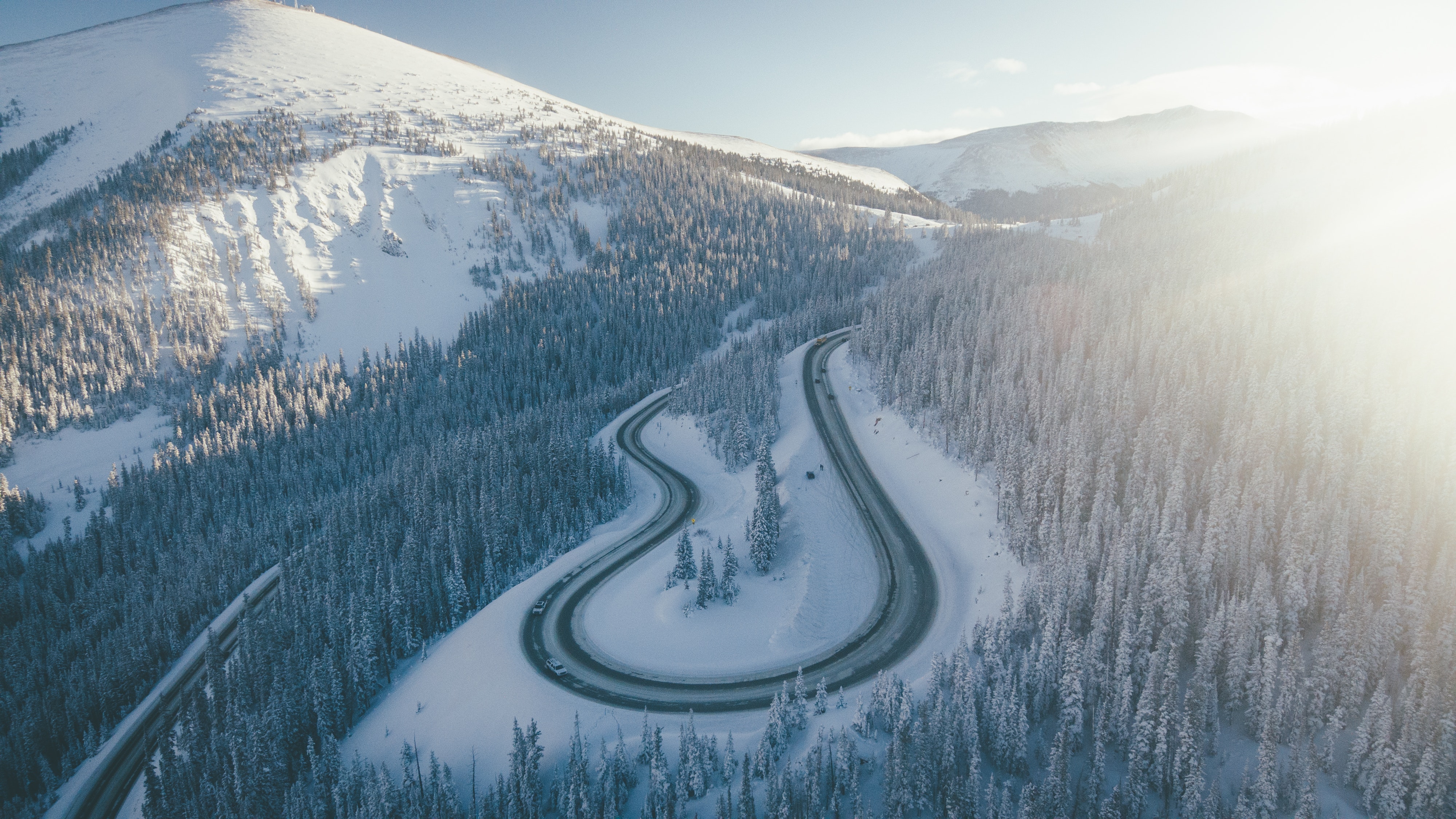 Nobody likes rough roads, but I’m starting to see why God weaves them into our stories. Without them, we’d miss His nearness. It’s rough roads like a positive COVID test in Mexico, a chaotic classroom, or almost losing my dad that make me hungry for Him. Those are the times I cry out for help and discover He’s writing the story, weaving in another plot twist. And that’s when I can see, more clearly than ever, He’s always been exactly where I’ve needed Him—right by my side.

That’s all for today! Do you like these stories? You could show your appreciation by forwarding this email to someone else who might enjoy them. Or did someone forward this to you? Sign up here to get a story like this one twice a month. Thanks for your support!