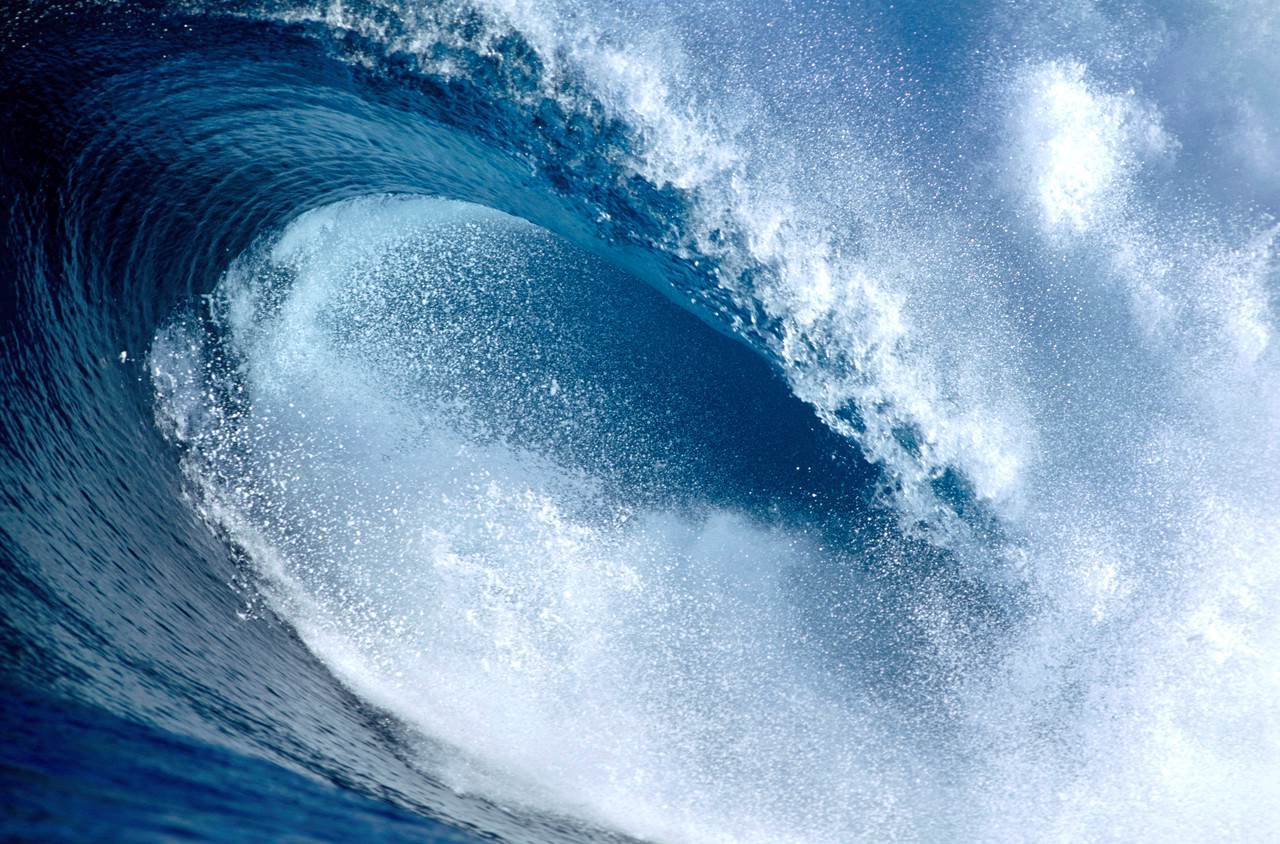 Being fifteen isn’t easy.  Homework piles up, parents gets stressed about grades, friends create drama, and in the midst of all that noise, life gets lonely.  With everyone trying to survive the tidal waves of life crashing down, it’s easy to feel unseen, especially being from South Sudan.

That’s where Nyajuok’s family is from.  She’s six foot three, but her tall frame gets crushed under the weight of those waves.  Tasks like writing papers and making friends become so overwhelming that the easiest response is to hide.  Who can blame her?  Who wants to try anything that leads to more difficulty or worse, embarrassment?

At times, Nyajuok will share pieces of herself, like when she told us about her basketball team crushing Rampart.  Or when she described the book about the girl who walked miles for water.

“It makes me think of my mother,” she said in almost a whisper, “when she was a little girl in Africa.”  Nyajuok speaks, and the class listens in stunned silence because hearing from a student who keeps her treasures locked inside feels sacred.

Nyajuok sits in the back row, right in front of a whiteboard.  In fact, she’s so close to it, that if she leans far enough back with her beautiful braided black hair, she hits it. 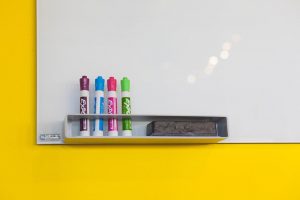 She’s one student out of the one hundred and fifty who walk into room 212 each day.  Like all of them, she sits in a ceramic desk and like all of them—including you and I—she could probably use a little more love.

I’ll say “hi” to her, ask about her basketball games, or offer help while she’s writing an essay, but like I’ve mentioned before, I’m limited.  We’re all limited.  Don’t get me wrong; God gifted all of us to reach out and make a difference in life, but there’s only so much one person can do.

Swimming in stacks of essays and having a family of my own, I can’t be the friend who sits with Nyajuok every day at lunch or listens to her when life gets overwhelming.  I can’t be her confidant.  Despite my meager efforts, I can’t even be the one who reminds her who she is when the rest of the world screams something else.  I can’t look into her heart like that and love her at the deepest levels.

So if I can’t do all that, what I wind up doing is watching her struggle.  And that’s what I did.  I watched her shrink back in the midst of the noise of life, and I ended up feeling what every teacher hates feeling—helpless.

“God help Nyajuok,” I whispered, looking at her face on the seating chart.  It was a simple prayer sent from my office.  If I was God, I’d probably think it needed a little more gusto, but thankfully, I’m not God.  He hears those prayers, and He finds ways to show us, as my sister would say, that He bends close to listen. 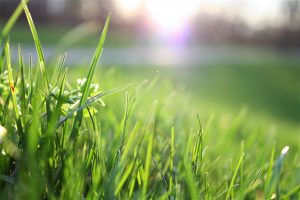 One day, I saw Nyajuok sitting in the grass at an outdoor assembly with Jazzy.

“You two are friends?” I asked.

The two of them looked at each other.  Jazzy giggled, with the same light in her eyes I’ve seen so many times before.  Like when she walked into my room at just the right moment and joined Sarah for lunch.  She shows up, like Jesus, and life pours out of her.

I don’t know how they met, but since I saw them at that assembly, Jazzy and Nyajuok have never been apart.  Even when Nyajuok walks into my room and sits in her desk, there’s Jazzy standing next to her, laughing and making conversation before heading off to Math.  They make every minute count before the bell rings, and they find ways to enjoy each other.

Recently, with that whiteboard behind Nyajuok, Jazzy got an idea.  Part of her routine now when she walks into class with Nyajuok is to grab some dry erase markers and start decorating.  She’s not just drawing smiley faces and stick figures.  She’s focused, putting all of her creative work into creating one powerful message:

For those of you, like me, who may not be as clued into the hip teenager lingo these days, GOAT stands for “Greatest Of All Time.”  People refer to Tom Brady as the GOAT because he’s a great quarterback or Martha Stewart because she’s a great cook.  But neither of them have a cool message written over their heads, reminding them of their status.  Only Nyajuok has that.

Every once in a while, people erase part of the message or rub up against it, so Jazzy does maintenance.  She won’t let that message die.  Then, Nyajuok sits underneath those words, smiles with that sweet, shy smile and soaks up its truth.

I look at Jazzy’s sign, and I think of a Father’s love.  Song of Songs says, “His banner over me is love” (2:4).  Like Jazzy, God has a message He’s desperate to declare over our lives.  But instead of a whiteboard that says GOAT, it’s written on a banner, waving majestically over us, and it says “Loved.” 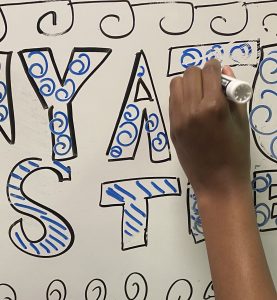 Life gets hard.  I might struggle writing these stories.  I might have days I want to forget as a teacher, and all of it might make me want to hide, but none of that changes the truth that I’m loved.

And how far does that love go?  Far enough that God saw a shy young lady in my class and brought her a friend like Jazzy.  Far enough that He used a simple message on a white board to remind me of a Bible verse.  He leaves little hints of His love all around us.  A song in the car, a conversation with a friend, perfectly timed words in a book—all of it reminds us to look up at that banner in the midst of our chaos and soak up its truth.

Such extravagant love, like Jazzy’s message, is a little embarrassing to acknowledge and hard to believe.  But the fact remains, like it does for Nyajuok, someone loves us, and there’s a God who will never let that message get erased.