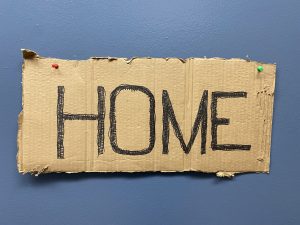 There’s a cardboard sign on my office wall that says “Home”.  The word is scribbled in pen, and it’s well used, bent in different places.  One of my students made it while hitchhiking back to Colorado.  He showed it to me after his adventures, and I asked if I could keep it.  Students who walk into my office sometimes ask about it, and I tell them it’s a reminder I’m headed home too.  Anyone walking with Jesus on these rough roads of life knows home isn’t here.  It’s waiting for us on the other side.

A couple of weeks ago, our family lost our friend Lori.  She’s home, ahead of the rest of us, walking and laughing next to the one person she loved more than her husband and four kids.  She’s with her Savior, her best friend, and the cancer is gone.  The tubes, the hospital visits, the struggle—it’s all over, and you can bet she’s smiling with that big, bright smile, but her family and friends still miss her.   My daughter Hope plays soccer with her daughter, and yesterday, the team played their first game of the season, but Lori wasn’t there.  Everyone in the stands felt it.

This may seem strange, but her leaving, although sad, also brought an unexpected hope.  Many of us who know Lori attended her “Remember and Celebrate” service at New Life church.  Walking through the double doors of the World Prayer Center, what stood out most was the sunlight.  It broke through the circular skylights in the ceiling, lighting up the colorful red, blue and yellow flowers sitting on the tables.  Quiet smiles and hugs were exchanged in the brightness.  Like a spring rain, it all brought life to worn out hearts.

My daughter and I were handed a program, and the panoramic windows in the sanctuary gave even more light.  The mountains were right there, frosted in snow, and huge clouds rolled over them bringing in a late winter storm.

We sat down, and I looked through the program.  There was a painting of some travelers.  They were wearing backpacks, walking along a trail, and underneath them were these words by C.S. Lewis:  “There are better things ahead than any we leave behind.”  I read the words to my daughter.

“Lori’s home,” I whispered, “enjoying the ‘better things’”, and when I said that, tears clouded my eyes.

There was a quick welcome and prayer, and after the “Amen”, a piano broke the silence.  A woman moved toward the mic, and when the words appeared on the screen, she closed her eyes and started to sing:

“I don’t want to fear the storm,” she sang, “just because I hear it roar.”

The words almost knocked me back into my seat, and tears went streaming down my cheeks.  We were singing a prayer, one I’m sure Lori prayed facing cancer.  I thought of her husband, Christian, standing there in the midst of his own storm, saying goodbye.

“Peace be still.  You are here, so it is well.  I will trust the voice that speaks even when my eyes can’t see.”

We sang, and behind the band, the clouds continued to roll in over the mountains.  The storms outside and the ones inside of each one of us were raging.

But there was peace.

The God moving those clouds, giving Lori her smile, and giving us hope to keep singing was in the room.  Even when our eyes couldn’t see Him, we knew He was there. 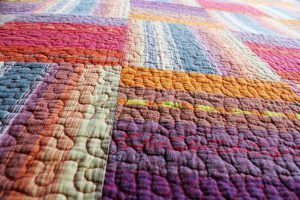 There are moments in life that offer glimpses of God’s nearness.  Like a heavy quilt blanket, those moments soothe our souls.  And standing in that room, in the midst of our storm, there was a supernatural peace.  God knew what we needed, and as He was holding Lori, we all knew He was holding us too.

One song flowed into the next, and people either stared at the mountains or closed their eyes.  The presence of God was thick in the room.  The guitar played the beginning of “Goodness of God”, and we weren’t just singing anymore.  We were children reaching out for a Father.

“I love you Lord,” we sang, “For your mercy never fails me.”

Lori was with Jesus, but we were struggling.  As we sang with tears streaming down our faces, I thought of Jesus weeping with Mary.  He knew He would raise Lazarus.  He was the Author of her story.  He knew the ending, but when He saw Mary’s tears, He cried too.  Not because He was sad about Lazarus, but because Mary’s tears mattered to Him.  She didn’t cry alone, and neither were we.

I reached into my wife’s purse for some Kleenex.  My face was wet, soaked in tears, and as I wiped them away, I looked over at Christian.   He was singing along with the chorus:

“All my life you have been so, so good.”

How did he do that?  There was no explanation except the very real presence of God—even more real than death.

Eventually, Christian and the kids spoke about Lori.  They talked about watching The Office, going on weekend trips, and then Christian talked about struggling to climb a mountain to propose.  “I couldn’t take another step,” he said, “but Lori wanted to keep going,” and we all laughed.

They sat down, and the band made their way up for a final song.  The song was “So Will I”, and with one line, the sanctuary packed with people came undone.

People cheered, clapped shouted.  Even through the tears, I was smiling.  Death, as the pastor explained later, never gets the last word.  Jesus does. 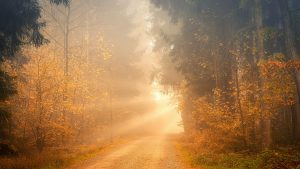 C.S. Lewis was right.  There are better things ahead.  Lori left the stuffy dark world we all live in to a place filled with sunlight, a place filled with joy.  And as she left us, God offered a glimpse of that place.  We sang, cried and cheered in the sunlight of that sanctuary, and for a moment together in the midst of a joy that runs deeper than any pain we might feel, we all saw it.  We got a glimpse of home.  Lori was there, and not too far down the road, we would be too.