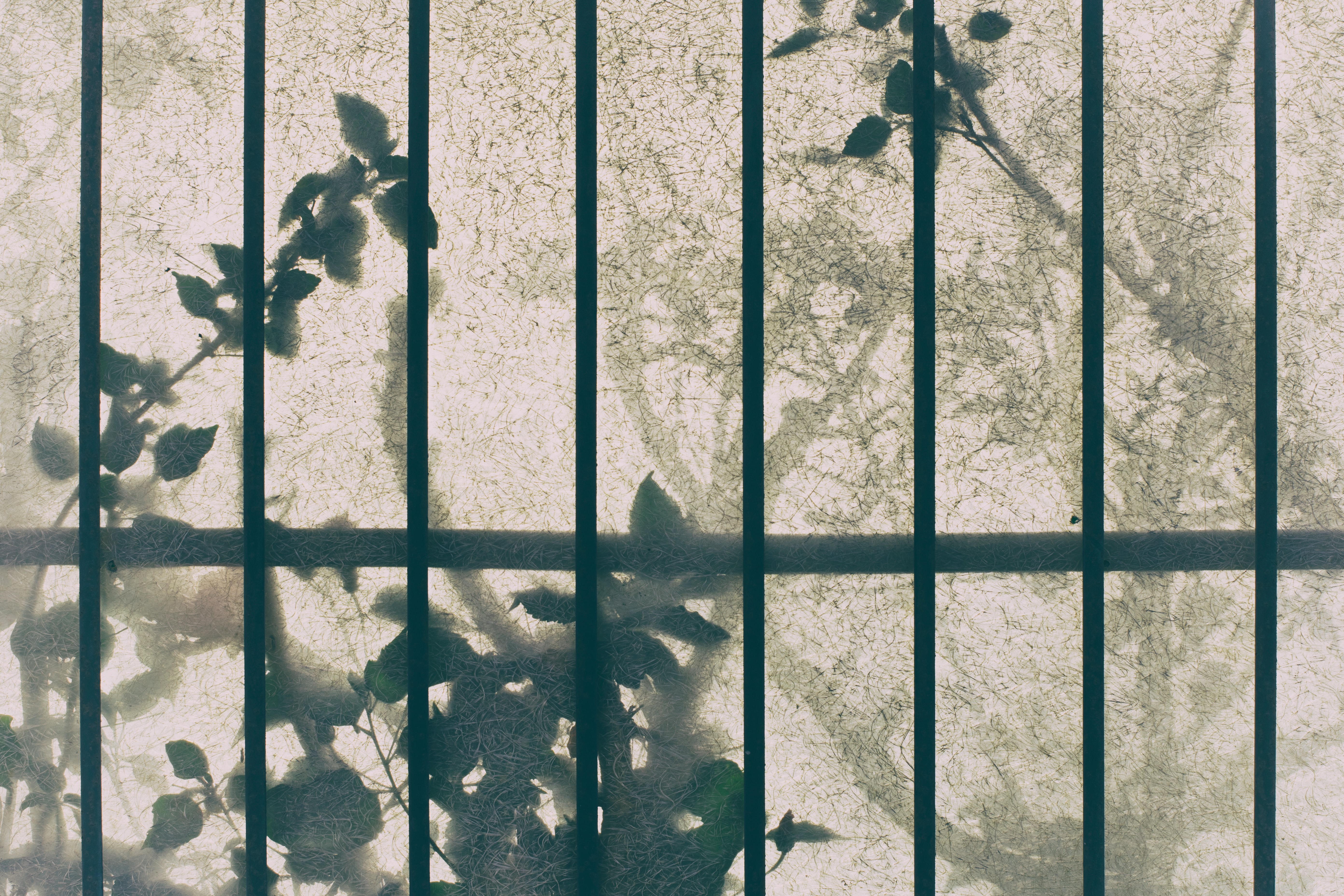 Bars are not exactly welcoming on the front door of an apartment. It’s also a little troubling using two keys to open it, one for the barred gate and one for the spider-lock and dead bolt. After traveling all day to Venezuela, it was dark outside and we were tired. We dropped our bags and fumbled with the keys to our new home. It took a while trying to figure out the locks. The gate creaked as we opened it, and we could hear the dead bolt and spider-lock click when we jiggled and turned the key in the door.

We stepped inside and found ourselves surrounded by painted cinderblock walls. It was clean but nothing like the house we left in Colorado. We knew nobody, and the tree frogs chirping in the tree outside, although beautiful, only reminded us we were far from anything familiar. Deb and I looked at each other. It was our third year of marriage, and we could both see the same question in each others’ eyes—“What have we done?”

Unfamiliar settings, no matter how hard we try to avoid them, find ways to break into our stories like whitewater on a tubing trip. We coast along through life until, wham, we’ve suddenly got rapids ahead.

Last week, the military moved my brother to Germany. Just before he left, our family gathered together, “socially distant” of course, to send him off. My parents were there, so we met in my backyard under the shade of a tree. Some kids sat on laps and others joined 6-year-old Sam in the perch above the swing set. When we were all circled up, I pulled out an old housewarming gift Deb and I were given just before we moved to Venezuela 20 years ago. 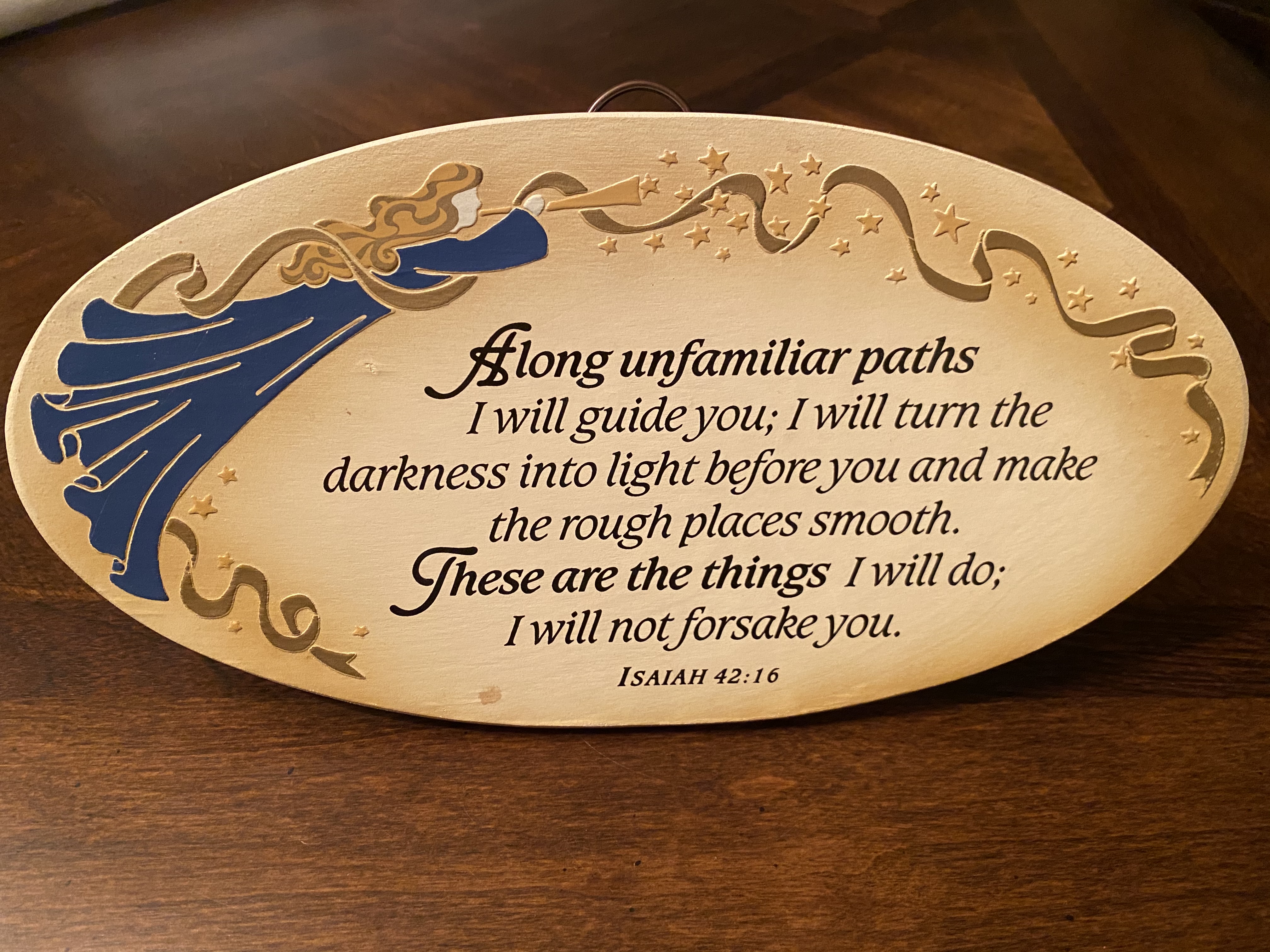 It’s a verse painted decoratively on a round piece of wood. It used to sit on our little bookshelf in Venezuela, and it captures everything that was beautiful about our years living there. It says, “Along unfamiliar paths I will guide you; I will turn the darkness into light before you and make the rough places smooth. These are the things I will do; I will not forsake you” (Isaiah 42:16). I don’t remember who gave it to us, but it was a lifeline, and it proved to be true.

The night Deb and I stepped into that little cinderblock apartment, we found even more bars on the sliding glass door to our balcony. Apparently living on the second level isn’t far enough out of reach for robbers. When I slid open the heavy doors and unlocked the gate, a cool breeze moved through the room with the sweet sound of those chirping tree frogs. I stepped into the Venezuelan night. The air was thick and wet, but when I looked up, something caught my eye. It was lit up like fire against a black sky.

High up on the mountain, just behind the school where we worked, was a giant metal cross, and when I say “giant”, I mean like two stories high. For reasons I’m still not sure of today, the Venezuela people built it and then wrapped it in lights. It was shining like a star, probably a lot like the one the wisemen saw when they came wandering into Bethlehem. Only this one wasn’t shining above a barn; it was shining above a school, our school!

Some might say it was a coincidence that there was a cross shining in the dark the night we got there, but I know better. The Author of my story likes to smooth over the rough places to show us He’s there too. The hard truth is we probably wouldn’t have seen it so clearly if we weren’t uncomfortable. The unknown gave us a hunger to look for God. He was with us in that apartment behind all those bars, and we were going to be okay.

Under the shade of the tree in my backyard, I held the little painted verse in front of my family and told them my Venezuela story. It was there we saw that cross, and that night so long ago, we didn’t know it, but living in the apartment above us was a couple who would become some of our closest friends.

Others in the circle talked about their unfamiliar places. For Hope, it was a new soccer team with completely new teammates. For Sam, it was being in the hospital after a fall broke his leg. Then Audrey brought up Germany. Her dad was taking them to a place where she’d have to make new friends, get settled in a new school, move into a new house. It all looked scary. Eventually, we prayed. We prayed that they would see, like the verse said, God making the rough places smooth, and a few hours later, I dropped them off at the airport hotel.

When I got home from dropping them off, I found out my brother’s room in the hotel got upgraded, so all the kids had their own beds. Then, after their arrival in Germany, he connected the family again on a Zoom meeting to say, “Look who I met!” With a hug smile on his face, he couldn’t wait to introduce us to the complete stranger who picked them up at the airport in Germany, got groceries for them, and even dropped by to share some authentic German beer. 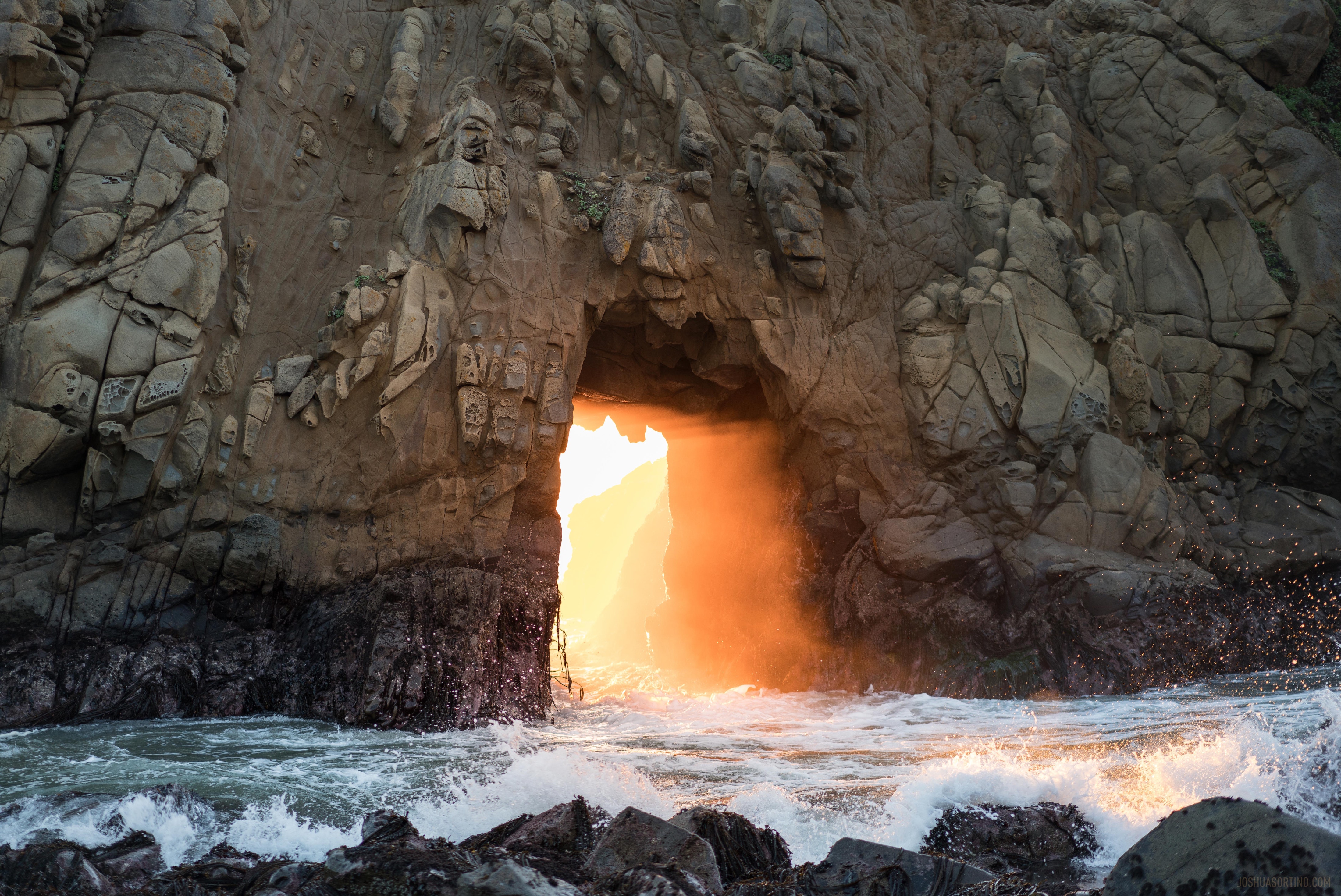 Like Venezuela and Germany, the semester of school ahead is another “unfamiliar path”, a rough place. There’s so much unknown, so much that doesn’t seem right about online learning and keeping kids “socially distant”, but God likes to use those rough places to draw us closer. In the middle of video meetings, masks and chatrooms—all places of uncertainty for me—I’ll need a guide, and that’s when I’ll find Him. He goes with us into the whitewater just like He did with His disciples in the boat. He may not use authentic German beer to smooth over the rough places, probably not a good idea in a public school, but He’ll find a way to show us He’s there, and the angst of the whitewater, in the end, will finally settle into peace.