Lost on the Mountain (Part 2) 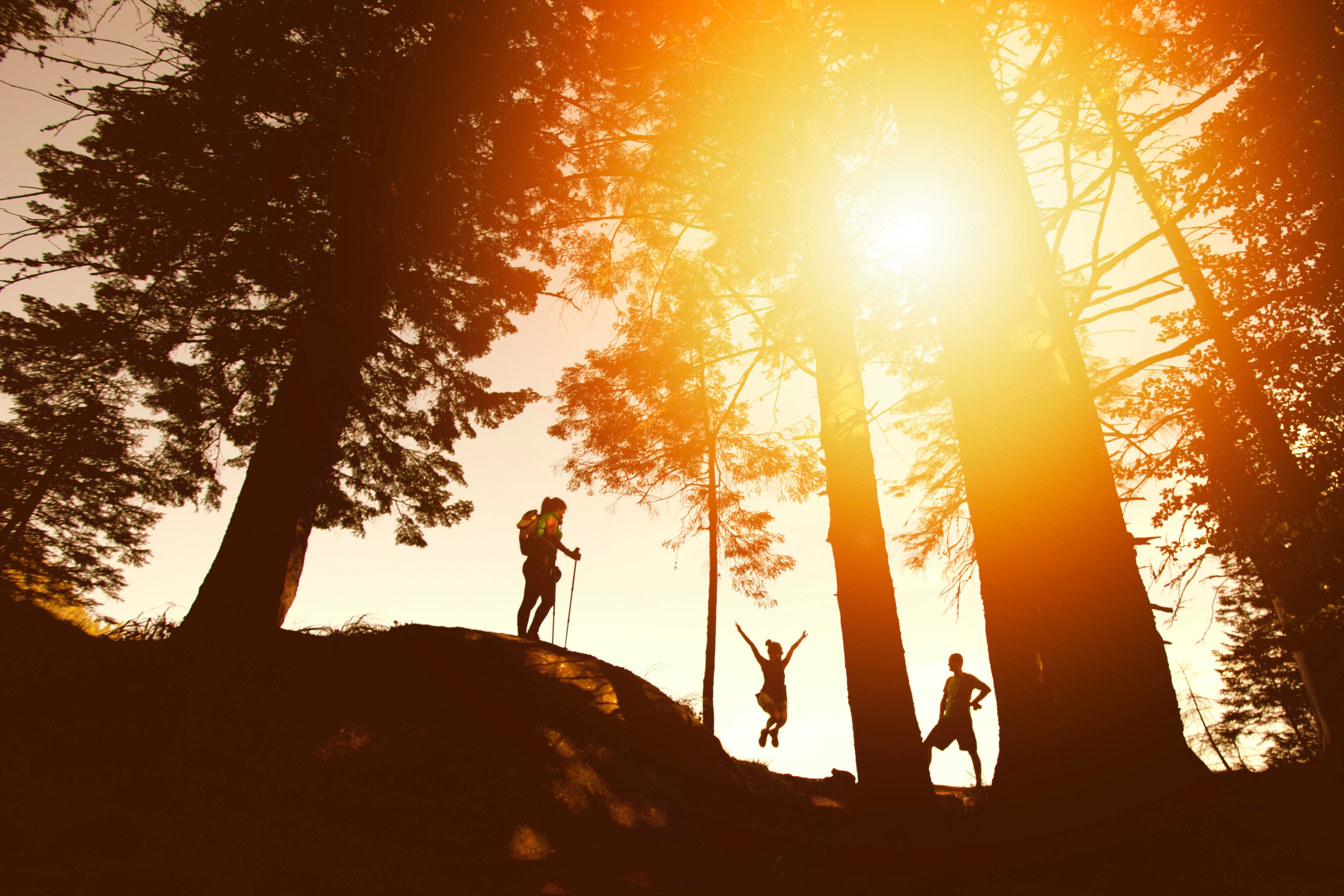 Our cheers and laughter echoed off the canyons and rock walls beneath us. Making it to the top of the Hook with Angie was a moment I’ll never forget. We knew it would be hard, but the struggle made the victory that much sweeter. What we didn’t know was there was a price to pay for getting to the top so late in the day, and it would almost cost us our lives.

Clouds formed above us as we ate our last bites of lunch, and the wind was picking up. “We better get going,” I said, grabbing my backpack and brushing the crumbs off my pants. My brother, Eric, and I looked at Angie, still smiling, giddy about conquering the Hook. We helped her up and started walking.

“Can you believe you did that!” Eric shouted to Angie, trying to savor the moment. She was walking between us.

“No!” she answered. She didn’t look back at him. There was too much to concentrate on with each step, so her head was down, watching her feet, but she was smiling. The slope got steeper, and Angie stopped.

“Need some help?” I asked, reaching out my hand. She took it and slowly stepped over a rock. We thought going down would be easier, but it wasn’t. Each step going down came more quickly, requiring quicker decisions, and with a disability like Angie’s, that was overwhelming.

We worked our way over a few boulders, and Angie collapsed right on top of one. We were barely off the ridge. “Can we take a break?” she asked in between breaths.

“Sure,” Eric said. We sat, taking sips from our water bottles, but when Eric and I hopped off the boulder, Angie couldn’t.

“Where do I step?” she asked. Her voice was starting to shake with her legs.

“It’s okay, Angie,” I said. “Put this foot right here.” I tapped her left boot and pointed to a rock a few inches below her. The dark clouds above us continued to hide the sun. We were grateful for the cool air, but those clouds looked angry. One grueling boulder at a time, we talked her through where to step, sometimes even holding her feet and moving them to the right spots. 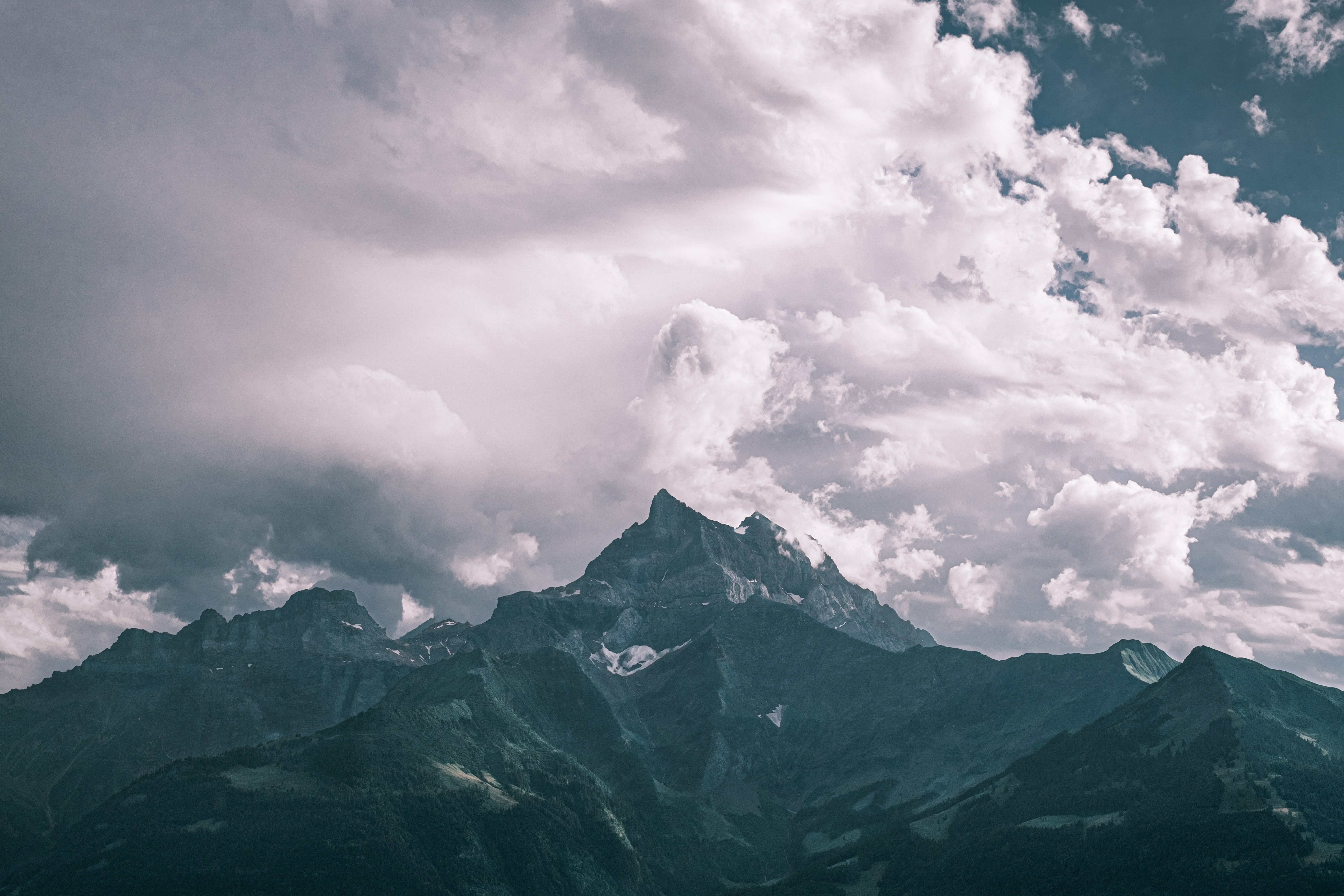 The sky rumbled, and all three of us looked up. “We gotta get goin’,” I said, trying to sound calm. In the middle of that boulder field, we were lightning rods, but we could see the trees a few boulders away. There was more rumbling, and then rain.

“Here, Angie, let me have your hand,” Eric shouted above the sound of the rain, starting to come down harder. Pulling, dragging, he was doing whatever he could to get her to those trees. We were almost there.

“Let’s stop,” she said, pleadingly, but we couldn’t.

“Angie, we need to keep moving!” Eric said, his voice trembling. His heart was beating just as fast as mine, and it wasn’t from scrambling down boulders. We were scared!

When we got to the trees, we paused, listening to the drops hit aspen leaves and pines. The fresh smell of the wet forest was sweet, but we needed to move.

“Let’s go guys,” I said. In the back of my head, I knew making it back by dinner wasn’t going to happen, but what if we weren’t down before dark? The thought moved like electricity through my body and quickened my pace.

Angie took a trembling step, paused, and then took another. Our legs felt like Jello, and just as the rain was starting to let up, Angie fell. We tried helping her stand, but her strength was gone and tears were pooling in her eyes, so we sat with her. As she took time to breathe, we watched the sun pass behind the clouds, making its way to the west.

“Maybe we should camp here,” Eric suggested. We looked around, considering his idea. The reality of the situation was almost too much–darkness was coming along with who knows what else.

“No. People will be looking for us,” I said. We stood up, but neither of us knew how to get Angie moving, until Eric squatted low to the ground and offered his back.

“Get on, Angie,” he said, and she climbed up. If she couldn’t walk down, my little brother was going to carry her. Slowly, the forest grew dark with glimpses of twilight through the leaves, and then all was black.

I felt my way through branches and trees, and Eric followed behind with Angie whimpering and exhausted on his back, but in all that darkness, we were lost.

“Let’s pray,” I said, looking at their dark silhouettes. We made our way to an aspen clearing. Angie slid off Eric’s back, and the three of us circled up, holding hands. “Please God, we need you right now. Help us get back to camp.” It felt good to say those words into the darkness. We said “Amen”, and when I looked up, Sheep Mountain was glowing, a mountain I knew was just on the other side of the county road. Moonlight had broken through the clouds, reflecting off its white limestone face. 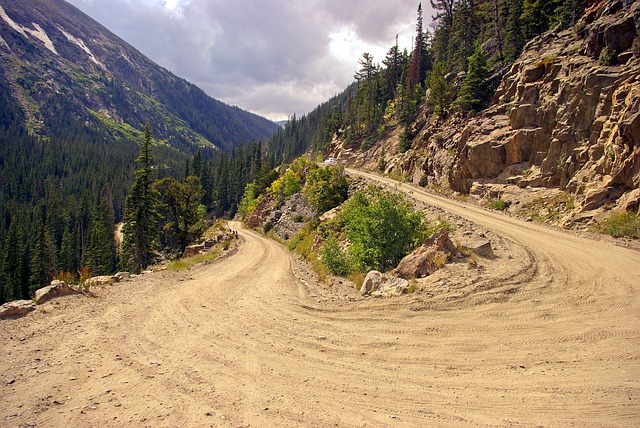 “Eric look,” I whispered. We both knew what it meant. Like the blazing pillar of fire that Moses followed in the desert, following that mountain would lead us to the road, and that road would lead us right to camp!

We were at the road in what seemed like minutes. It never felt so good to step onto gravel. There were no cars coming, so the road, all lit up in the moonlight, was our dance floor. We strutted in circles and laughed out loud. Eric even dropped on his knees to hug the ground.

That was 30 years ago, but when I close my eyes, I can still see us dancing on that road and praying in the middle of that clearing. I can see Sheep Mountain lit up against the dark night sky like that pillar in the desert. That mountain was our lighthouse, but it was also a reminder that even though we couldn’t see, God could. He was there with us, and He made a way to bring us home.