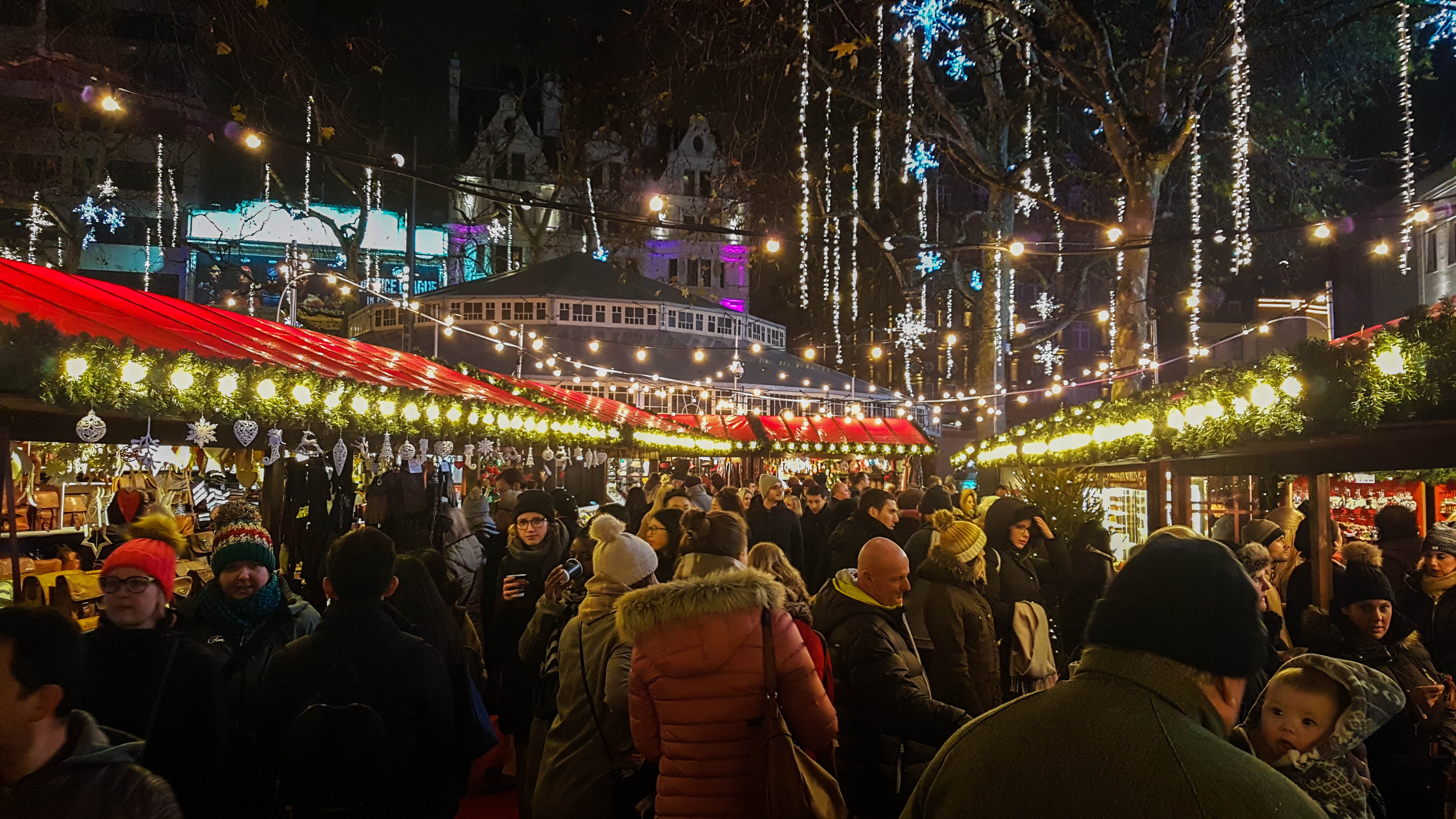 Everyone carries a load, and even with all the presents, lights and music, this time of year can make those loads feel heavy. Some feel overwhelmed by all the shopping and busyness. Others are having to deal with major changes in their lives. The students I see every day talk about the weight of school with finals and homework, but even more difficult are the broken families, missing parents, and empty refrigerators.

My difficulties pale in comparison to what others face, but I carried them with me to New Mexico. The trip was for my son, David’s regional cross-country meet, and the day of the race was going to be his birthday. The schedule was packed. There was a team dinner, a walk-through of the course, and hopefully after the race, there would be a birthday celebration at a restaurant. Honestly, I’m not a very good coordinator, and it takes quite a bit of effort for me to be social. My wife shines in both those arenas, but without her there, making it all special was up to me.

The morning of the race, David woke to some gifts by the hotel door. It was pretty easy to set up considering the fact that Deb packed the gifts and the gift bags for me. Quick celebration over, we grabbed some peanut-butter and bagels and went to the race where I dropped David off with his teammates. He stepped into the tent, and I helped him pin on his number. We prayed together, and since it would be a couple of hours before his age-group would race, I started walking back to the car to grade some papers.

The trail back wove through the course, and my mind went to the stuff sitting on my plate. “Should I text the parents about a birthday lunch?” I wondered. “What about that Young Life talk Monday? What should I say?” Questions and details pressed down—the email I needed to send, the weekend at camp coming up, the papers that weren’t graded yet, and the writing I still wanted to do. My feet followed the path as my mind got lost in a cloud of responsibilities.

Some runners, a couple of younger ladies, made a turn and were moving toward me, so I stopped to let them pass. They were side by side, and I could hear their breathing as they got closer. Their eyes were fixed on the finish line only a couple hundred yards ahead. Then a coach caught my attention. I heard him before I saw him. “Let’s go girls,” he shouted, leaning forward. “Push each other. Let’s have some fun!” Those last words struck me as unusual. What about “drop the hammer” or “move those arms”? Sure, maybe it makes sense to tell kids to have fun before a race, but in the heat of the battle towards the end, those usually aren’t the first words that come to mind.

Another girl came around the corner. Her face was strained. She was digging for every last ounce of energy she had left, and this one, I could tell, the coach knew. He was shouting her name long before she got near. “Come on Sarah! Keep it up!” She looked at him as she got closer, and he cupped his hands around his mouth to yell, “You got this!”

She was breathing hard, struggling to stay strong, and then with a quivering voice, she asked, “Am I almost there?”

The coach heard the question, and a smile lit up his face. “You’re almost there, honey,” he said as she ran by, and there was a softness in his voice. Then he pointed to the two girls who just passed and shouted, “Now catch those girls!”

As I continued walking the trail, the to-do list faded. All I could think about was the coach and what he shouted to those girls. There was something about what he said. I didn’t know him, and I may never see him again, but his words, his smile, and his cheering all felt familiar. Then, what started as a sweet hallmark-kind of moment with a coach began to take on something much more significant. “You’re almost there!”—words from a coach became the words of a God who could see this tired man, so tired from running, so ready to be done. All the stuff that felt so heavy in the race I was running came to the surface with the tears rolling down my cheeks.

Like that coach, God was there. He could see the papers to grade, the Young Life responsibilities, the pressures to be a good dad and husband. He knew the lies I was battling, like the hills those runners had to climb, and He could hear my heart crying out, “Am I almost there?” 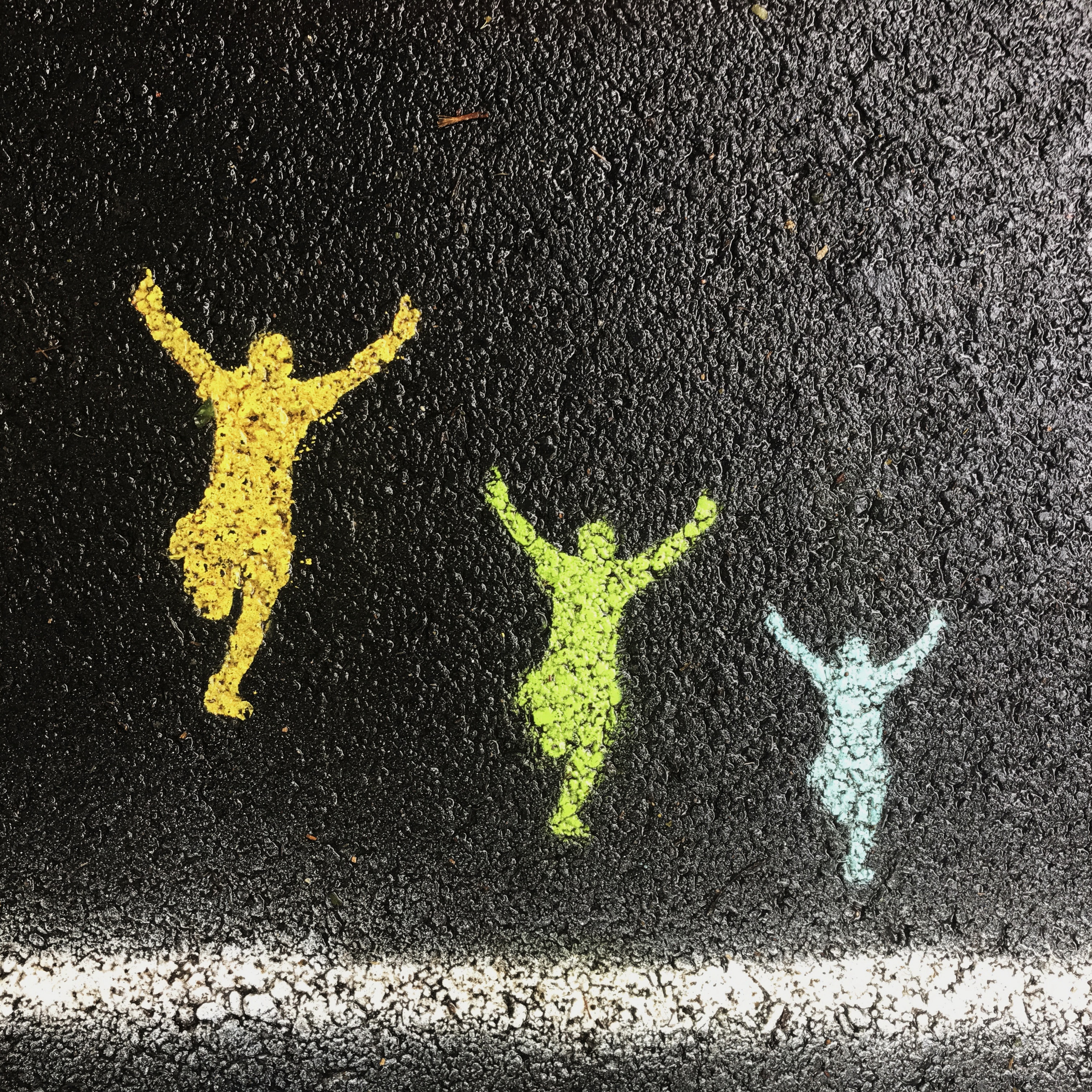 The same God who was there when the race started can see the finish line for all of us. He knows there isn’t much further to go. As the holidays bring their weight of responsibilities, the busyness, and the battles with lies, He is calling us by name, shouting, “You’re almost there!”

Whether the finish line comes today or forty years from now, in light of eternity, it’s not far. That’s our hope, but between now and then, is it ridiculous to think, in the heat of the battle that we could do what that coach said and actually “have some fun”? Maybe “fun” isn’t the best way to describe it. Maybe a better word is “joy”. We don’t run aimlessly. There’s a trumpet-blasting, high calling to what’s in front of us. Wrapping gifts, changing diapers, going over subject/verb agreement one more time, even fighting cancer is all a part of a story written by a God who loves us. We don’t need to crawl to the end. We can finish strong! Clinging to that purpose, like a baton in a race, and listening to the voice of our “Coach” will give us the strength we need to keep going, because we’ll have much more than fun as we make that last turn; we’ll have joy.