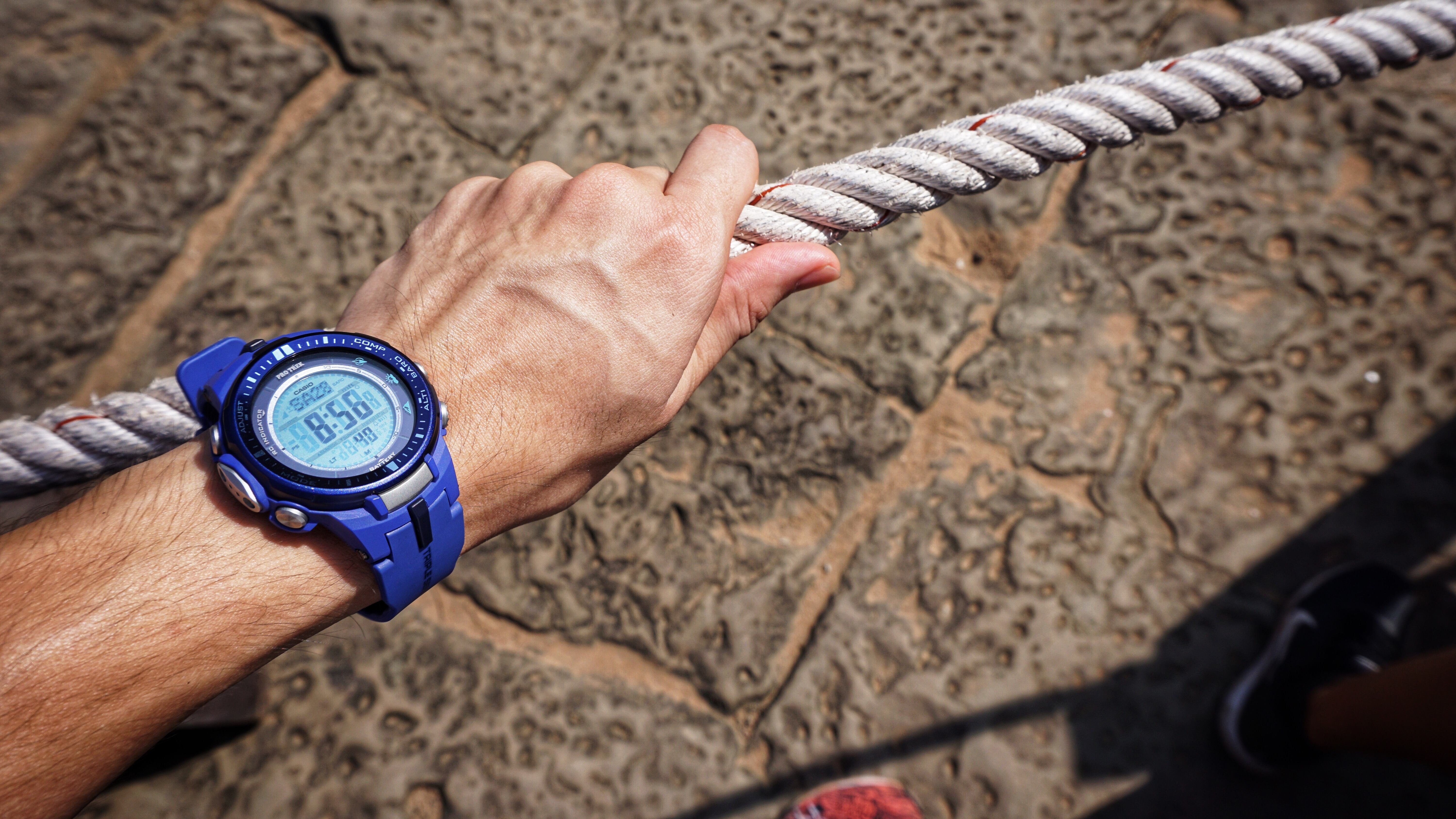 There’s a certain feeling that’s all too familiar to some of us. It starts with a question, something like, “Wait. Did I remember to. . .?” and when the realization settles in that the answer is “no”, palms get sweaty, breathing gets faster, and the stomach twists itself into knots.

The busses were parked, engines humming in the parking lot. Kids were hugging parents goodbye, and I was inside sitting behind a card table registering those wide-eyed, smiling kids. Young Life promised, as always, that camp would be the best week of their lives. They couldn’t wait to get the party started, but to be brutally honest, I wasn’t excited.

God definitely made a way for me to go, but the sleepless 24-hour bus ride, the screaming dance parties and the shaving cream fights tend to make this introverted, 45-year-old man want to cower under my bed until it’s over. The hardest part was giving my wife and three kids those last hugs and saying goodbye. Camp is only a week long, but leaving them is always like stepping out into the winter cold from a warm hot tub.

Watching them walk out the door, I felt too old for a meltdown, so I put on a happy face and greeted kids. Eventually, the line dwindled. Most of the kids were on the bus, and Sara, another leader on the trip, reached next to her chair and grabbed her backpack. Then it hit me like lightning through metal. “Wait!! Did I get my bags from our van?” A gasp. Time froze. People were talking around me, but I heard nothing. I could see it in my head—that black and green duffle. All my clothes, my toothbrush, my swimsuit, carefully packed away. . . sitting in the back of a van that, by now, was weaving its way down I-25.

I slapped my side pocket. No phone. It was in my backpack—also in the van. “Erin, calm down. Think!” I whispered. Talking to myself while still trying to seem normal, I walked over to Eugene, the Area Director, and asked, “Could I borrow your phone? I think my wife just drove off with my bags.” He handed me his phone with a gracious smile, and I called Deb.

“Hi, you’ve reached Deborah Ahnfeldt. I’m not at the phone right now, but if you leave a message, I’ll get right back to you. Thanks, and have a great day.” This was not turning out to be a “great day”. I called her again and again. I tried my phone, imagining it buzzing in my backpack, hoping someone would hear it, but nobody did. All the while, time was ticking. We needed to leave.

When the leaders circled to pray for the trip, I silently asked, “God, please bring my clothes.” The camp store might have hats and t-shirts, but I was pretty sure it didn’t carry underwear, and as the prayer ended and the leaders started heading back to the busses, God’s answer was becoming painfully clear. I handed Eugene his phone.

He patted me on the back, looked me in the eyes and said, “You’ll be fine, Erin. God’s got you.” Everything in me wanted to believe him, except that OCD part screaming in my head, “Do something!” All of this over clothes, but considering the craziness ahead and all the comforts of home I was leaving, this drop of water was breaking the dam. As we piled onto the busses and found our seats, I watched the other leaders pack their water bottles, backpacks, and sacks of candy for the kids into the overhead compartments, and my heart sank. 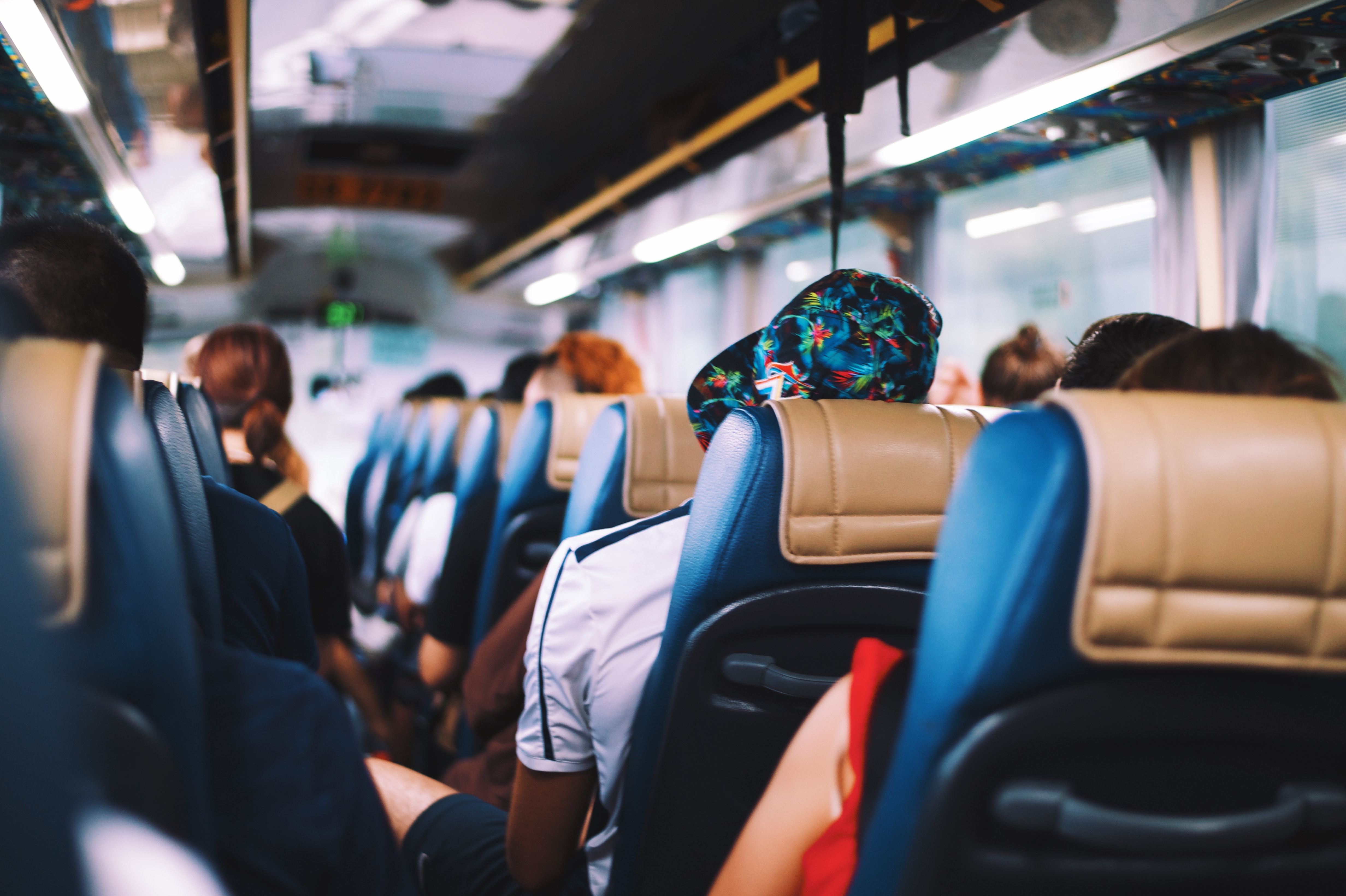 “I’m such an idiot,” I thought. “I can’t believe this is happening.” Airbrakes hissed, and we were moving. The bus erupted with cheers. “Wooohooo!” I screamed along, smiling at the kid next to me. I wore that smile, a worn-out Young Life t-shirt, and jeans, but on the inside, I felt exposed. How could a middle-aged man who forgets his clothes have any kind of influence on a teenager?

At the first stop, I bought a gray hoodie. It felt thick and warm in the air-conditioned bus. I imagined God holding me. Weird right? But as I stared out the window, it quieted me down enough not only to talk to God, but to listen.

The way Jesus operates is often so different from what seems reasonable. When Jesus sent out His disciples as missionaries, He told them, “Take nothing for the journey except a staff—no bread, no bag, no money in your belts” (Mark 6:8). Why did He do that? He basically sent His best friends into battle without their armor, but then, didn’t David do that when he faced Goliath? We’re strongest, like Paul says, when we’re weak, when we’re the least self-sufficient. That’s when we reach for God. David and the disciples embraced that by letting go of their bags, money and armor. It’s when we let go of what’s comfortable, like a suitcase full of clothes, that we experience God’s nearness, and it comes like the warmth of my new truck-stop sweatshirt. 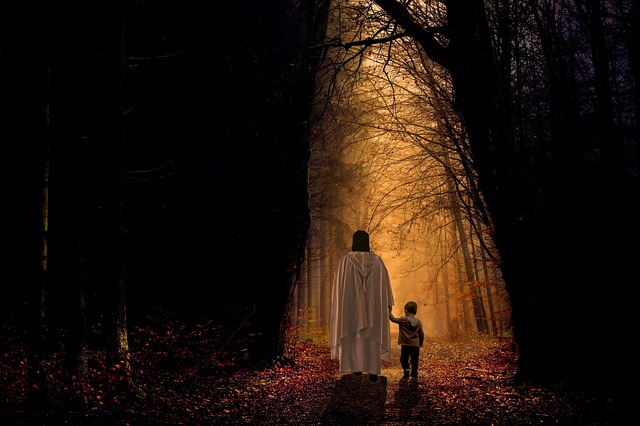 Eugene was right; God did take care of me. There was a Walgreens in Iowa and a Target in Minnesota to buy what I needed, and when I got to camp, the staff gave me a box of clean shirts, but more than clothes, Jesus was there. There were conversations with kids only He could orchestrate, moments alone with Him when I knew He was speaking. God calls Himself the Author and Perfecter of our faith, and perfect faith comes as we learn to be like children, clinging to our Father. Feeling well-equipped, like I had it all together, wasn’t really what I needed. I needed Jesus, and if I couldn’t learn to loosen my grip on that suitcase, I’d never learn to hold His hand.