Sitting in the Dark 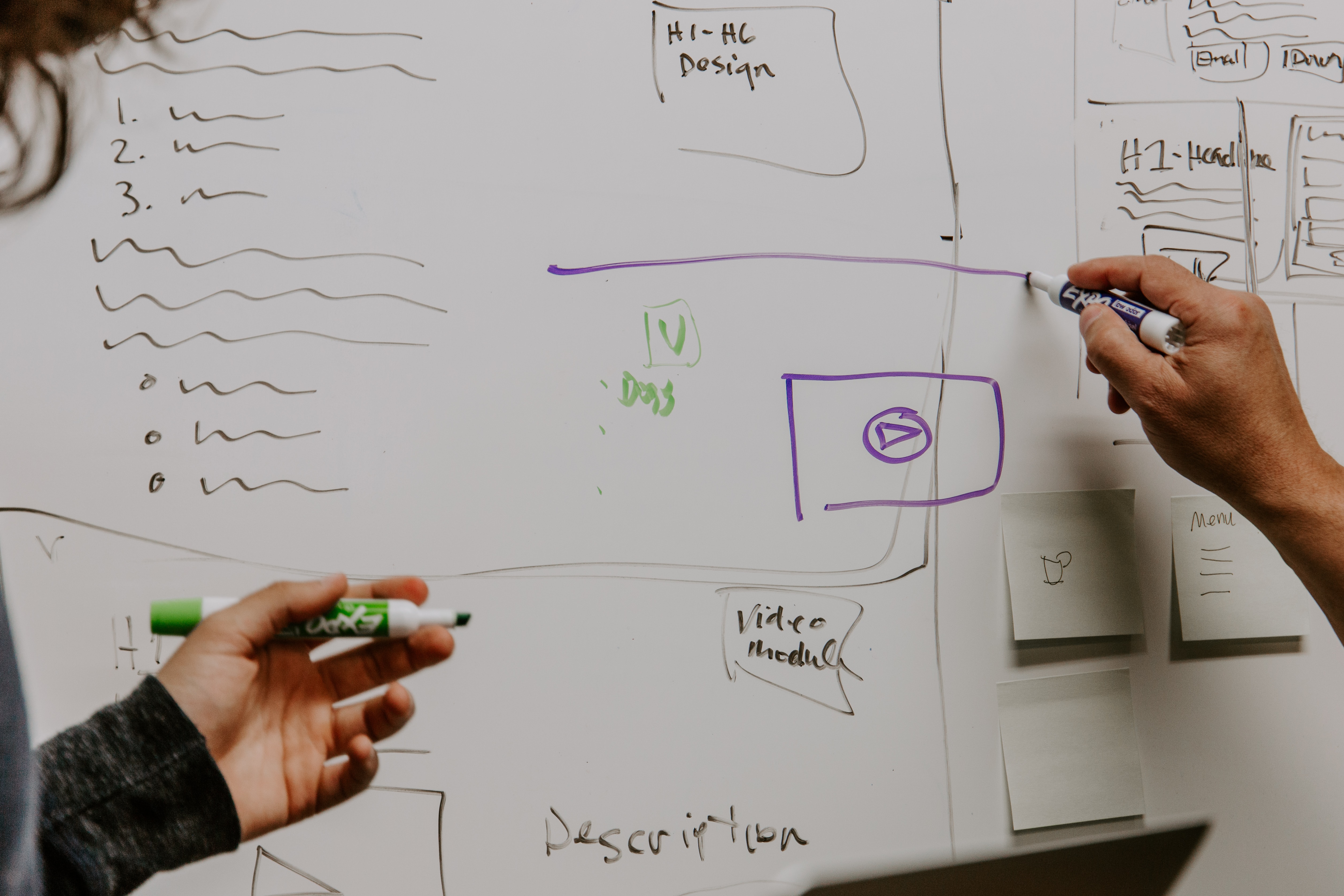 Every year, my students and I talk about a boy and a tunnel. In fact, we draw it. Either some brave students pick up the colored dry erase markers and show us what they’ve got on the whiteboard, or I torture them with my stick figures and blobs that are supposed to be rocks. If I’m drawing, I tell them, with a smile, not to be intimidated by my artistic abilities. They laugh out loud or roll their eyes.

A few of them offer up their notebooks to show me what they’ve done, proving I’m clearly not the best artist in the room. With our blue textbooks open to Doris Lessing’s Through the Tunnel, we draw the safe beach, the one with the soft sand and the orange-peel umbrella, the one the boy’s mom would prefer he never leaves. With her husband gone, he’s all she’s got, so she holds on tight. We draw the rocky bay, the place the boy longs to see, where the rocks are sharp and the boys are older. He watches the boys disappear under the water, and when they don’t come up, he panics, thinking they’re drowning. Eventually, he discovers their secret—they’re swimming through a tunnel. We draw that too. The boy spends most of the story trying to get through that tunnel, trying to be like those boys. His nose bleeds, the tunnel itself bangs him up, and he almost drowns. Worst of all, it’s dark, but he feels driven to get through it.

When we’re finished drawing, I ask, “What’s happening in this boy’s life?” Hands shoot up, and we talk about the safe beach being his childhood, the rocky bay being adulthood looming ahead, and that tunnel being the passageway from one to the other. 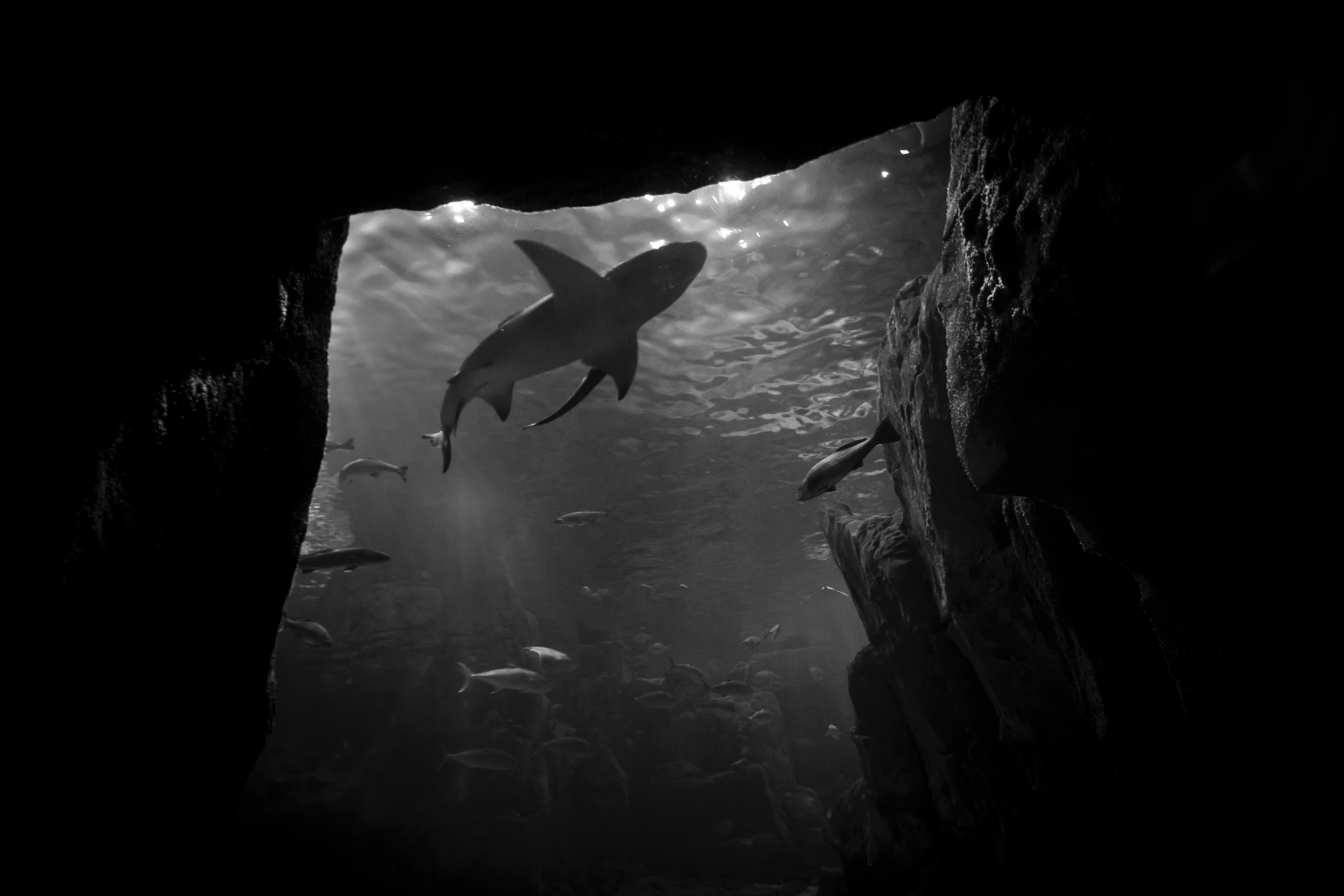 “Everyone get out your journals,” I tell them, looking up at the clock. They pull out their notebooks with the usual groans, and I ask, “What’s a ‘tunnel’ you had to go through that forced you to grow up?” The silence comes quickly, and I let them write.

A few minutes pass, and I ask, “Would anyone like to share?” I’ve done this same lesson every year for the last 10 years, and I’ve never gotten a response like I got two weeks ago.

Jenna raised her hand in the front. “Yes, Jenna,” I said, pointing at her.

“So . . . my brother is a crackhead, exactly like the ones you see on TV.” She was smiling, trying to be strong. “He’d come home from wherever he’s been, and I’d find his kids asleep in my room.” She was looking down at her desk, fidgeting with her pencil. “He’d be crashed in his room, so I’d have to take care of his kids. Being the youngest, I wasn’t used to that.”

More hands were going up. I pointed at Eden.

She was quiet. I knew raising that hand took a lot.

She spoke with a Spanish accent. “I’ve moved six times since I started school.” She looked up at me, and there was a heaviness in her eyes. “Each time I moved, I wanted to make friends, but I couldn’t speak English, so I was alone.” She looked back down at her desk. “I had to learn to make it on my own.”

I looked at Eden. “That would be hard,” I whispered, and everyone nodded quietly.

One after another, kids shared, many with tears, and I thanked each of them for their courage, but beyond that, I felt helpless.

Lacie raised her hand. She had been gone for a few days, so the class hadn’t heard much from her. “Go ahead Lacie,” I said, looking at her.

“I’m still going through my tunnel,” she said, tears already running down her cheeks. She turned around in her desk and looked at the class. “You guys probably noticed I haven’t been around for a few days.” She waited, gathering strength for what she was about to say. “I tried to kill myself last weekend.” Students looked at each other and looked up at me. 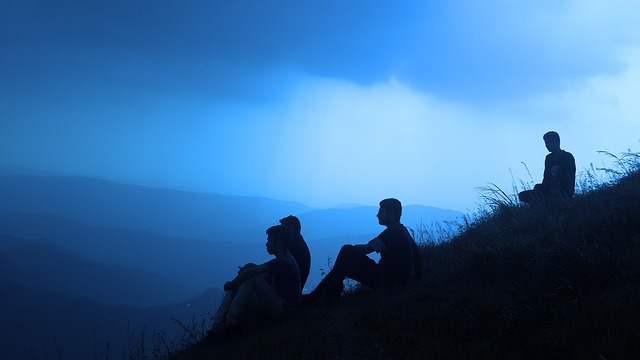 I looked at Lacie, watching her cry, hoping God would give me the words. Finally, I said, “We all walk these halls with no idea what people are carrying, and when you share what you just had the courage to share. . .” I paused, waiting for their attention. “You’re not only letting go of the stuff inside of you; you’re letting others know they’re not alone.” There were more nodding heads, and when the bell rang, I watched Emma and Kaitlyn walk over to Lacie and wrap their arms around her. They all left, and I dropped into my chair, exhausted.

Two days later, I saw Kay in the teacher’s lounge. She lost her son last year. He took his life, overwhelmed with a depression he felt helpless to shake. I’ve watched her carry that pain and still manage to love kids at our school. Now, her son’s friends sit in her room at lunch; her office is a safe place for them. Conversations with Kay aren’t superficial. She lets the tears flow when she feels them coming, and she’ll open up to anyone who’ll listen. “Erin,” she said, looking me in the eyes, “these kids just want to be seen.” Her eyes were glistening. I could see a passion there beyond anything I had experienced. “More than grammar or getting through some curriculum, these kids need to be heard; they need to feel loved. . .” She tilted her head, wiping away another tear. “. . .and you can offer that to them.”

I walked back to my office, thinking about the tunnel conversation. It felt like too much. It left me staring blankly at empty desks, like I was sitting there in the dark. But there’s a God who loves to use women like Kay. He moves freely through the halls of my school, just as freely as He does through the pews of any church, and He used Kay’s words, spoken out of brokenness, to keep me going. We may not have all the answers, but as people around us struggle, we can be with them. Despite our feelings of inadequacy, we can feel the warmth of God’s smile when we sit with people in the cold, darkness of their tunnels, because when we’re there with them, so is He.