A Reason to Run 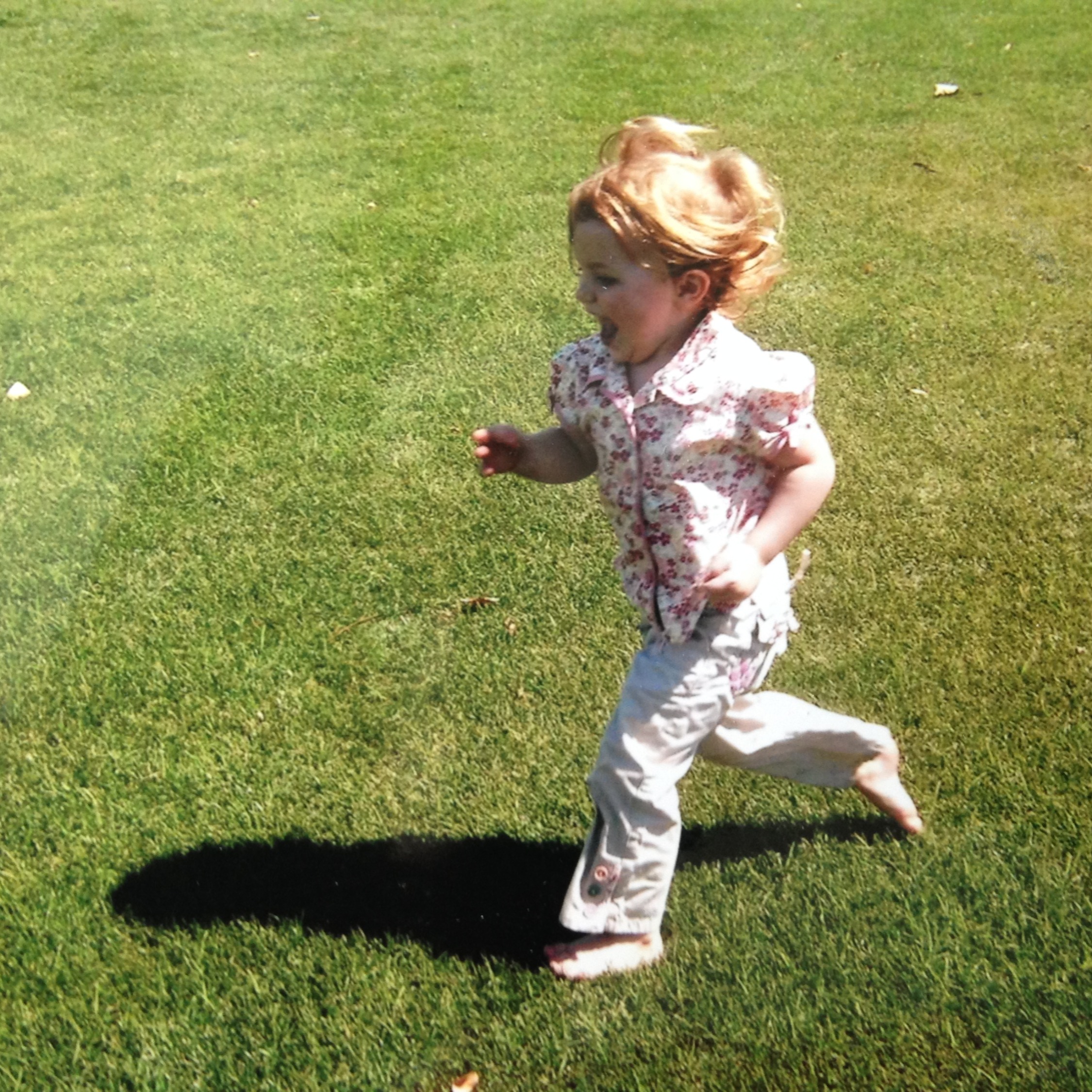 There’s a picture on my nightstand of my daughter, Hope, running. She’s maybe 3 years old, running full speed, with her golden locks flying in her jet stream. The sun is shining, and the grass she’s running on with bare feet is a rich green. It’s a picture of freedom in motion; we took the picture because we couldn’t get enough. All my kids actually love to run. They seem to leave the weight of the world behind and just fly, but more than letting go of their problems, what really seems to make them go are the eyes fixed on them. I know it meant the world to me.

Knowing my parents were watching was the secret to my strength, like Samson’s hair or Spiderman’s radioactive spider, but it seemed like the pleasure was only something I felt. Sure, parents smile and give hugs after watching their kids, but I always thought their reaction came from a sense of obligation, not from something deep inside them. It wasn’t until my dad lost it in the stands during a track meet that it all clicked—those smiles, the delight in parents’ faces when they watch their kids run isn’t an act; it’s real.

There’s video footage to prove it. Dad zooms in on me warming up. I’m doing high knees, running in place still wearing my sweat pants. There’s drama in the air. My hair is blowing, my white arms are gleaming in the sun, and I’m in the zone. Dad’s breathing is being picked up as he tapes it all. He’s feeling it too. We were about to run the 4 X 100 relay, and I was the anchor. The fate of the race, it seemed, rested on my shoulders. My dad pans the track as my teammates and I take our places. We pull off our sweat pants as the starter picks up his megaphone.

“Runners to your marks,” he shouts. The runners walk up to the starting blocks, shaking their feet and arms, getting loose. They settle their feet into the blocks, and the starter shouts, “Set!” Butts go up in the air as the runners place their hands on the starting line, one hand holding tight to that baton.

The gun is raised, and with a bang, the runners are gone. Dad follows them, zooming in as they make their way around the first turn. The microphone crackles as he shouts “Go, go!” The batons are passed, and the second wave of runners takes off toward the third wave, waiting anxiously with their arms extended back to receive the batons.

At this point, Dad’s breathing is louder, almost like he’s running with us. His shouts shake the screen and rattle the mic. 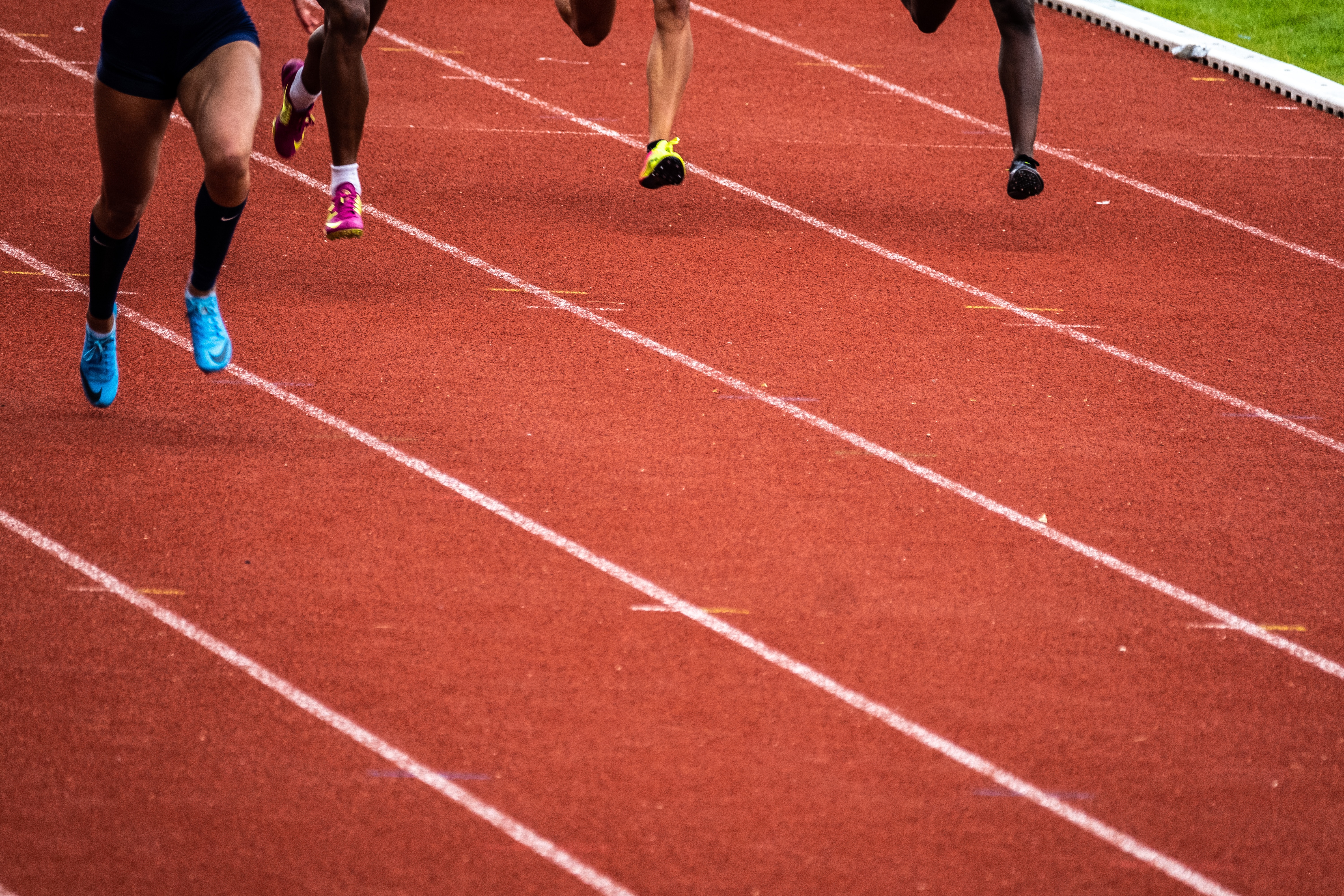 “C’mon, run, run!” The second wave hands off to the third. With batons moving up and down like pistons, they take off, and they’re running toward me.

This is probably a good time to explain that when my dad does something, he gives it everything he’s got. If it’s sledding, he wants to jump off canyon cliffs. If he’s making spaghetti, his sauce is packed with wine, minced garlic, and spices for a recipe only the finest chefs could master. And when he’s cheering for his son, everyone in the stadium knows it.

By the time that third group of runners gets to me, the camera angle is a bit off. Either dad starts to stand up, or he’s not really watching through the lens of the camera, or both, but I’m receiving the baton in the bottom of the screen. Let’s just say that anyone watching would get a good look at the weather—partly cloudy with a whole lot of blue sky. The excitement is just too much. After I receive the baton, I’m off, but so is the camera. The picture on the screen is nothing but stadium seats, the sky, and back to stadium seats. He was jumping, screaming, “C’mon Erin, run!” Stadium seats, blue sky. “Go, go, go!!”

I don’t even remember what place we got. It’s possible we got 3rd or maybe 4th. A bunch of mediocre runners were fighting not to finish last, but anyone watching that bouncing video, after fighting off a little nausea, could have easily thought my dad was watching Olympians race for gold.

After the race, of course I wanted to see the video, but in my teenage way of thinking, there wasn’t much to see. There’s no footage of me trying to keep my head straight with each stride, and you can’t see me crossing the line. The family still makes fun of Dad for letting his emotions “ruin” the video footage, but now I’m not so sure. Except when I first received the baton, my dad never really captured any footage of me in that race. What is captured is his delight. He was watching his son run, and in that moment, there was nothing on earth more beautiful.

That video is a treasure to me, not because of the footage it captures of the race, but because of the way it captures a father’s heart. Now, being a dad, I know the delight I find in watching Hope play soccer, David run, and Joy create her newest version of slime. God feels the same about us. 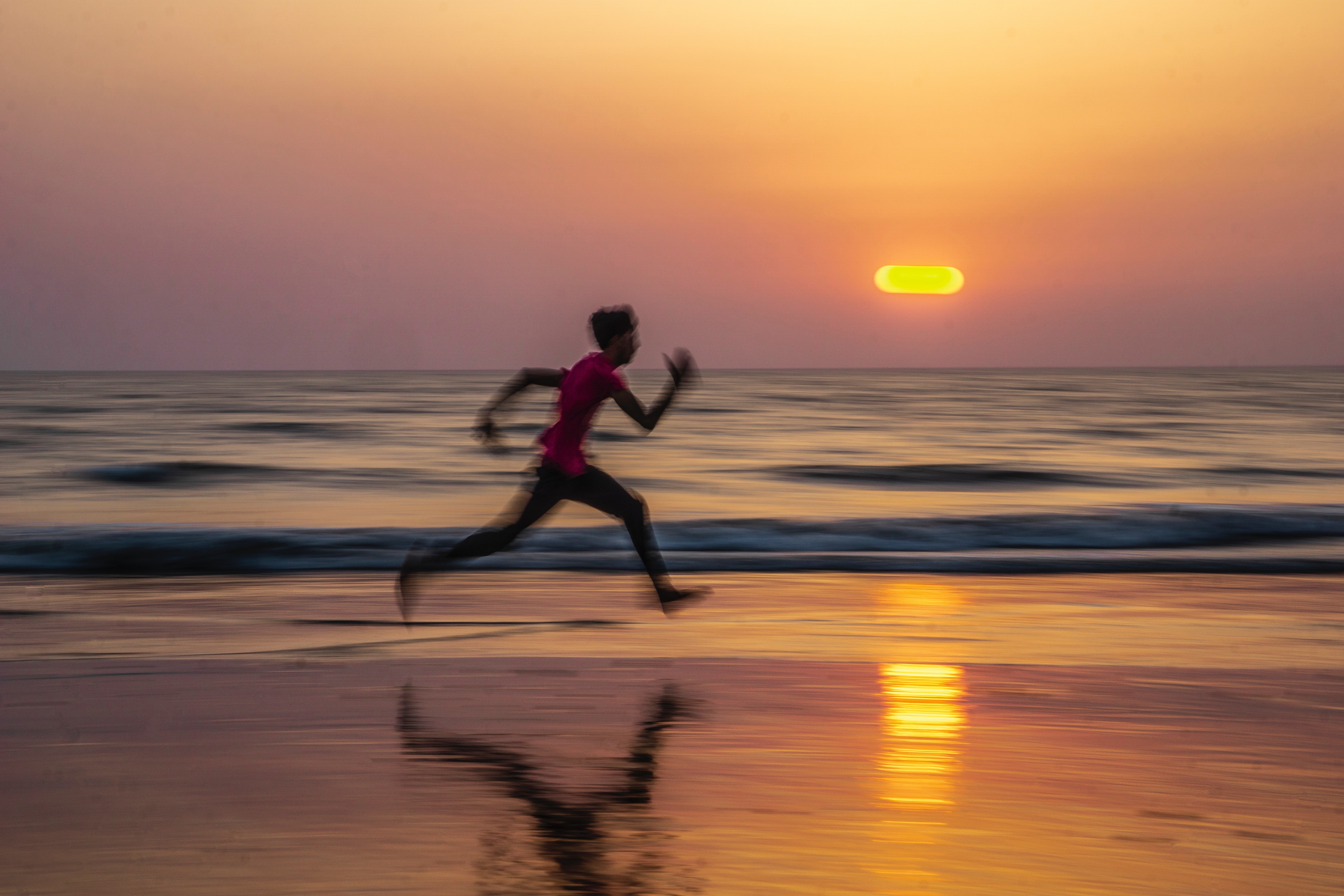 Zephaniah 3:17 says He “takes great delight in us” and “rejoices over us with singing.” He’s not just watching. He sees, and He likes what He sees. He’s so excited that, like my dad, there’s an explosion of love that bursts out of His heart. The only difference is that instead of jumping up and down and screaming, He sings.

At the end of the movie Chariots of Fire, Eric Liddell lets his sister in on a little secret—”When I run, I feel God’s pleasure.” It’s the source of his strength, and when he feels it, everyone in the crowd can tell. He tilts his head back, smiles up at the sky, and basks in it. It’s a picture of how God wants us to live, driven by His pleasure. God sees us, and when we hear His song as He cheers, we’ll not only run; we’ll fly!