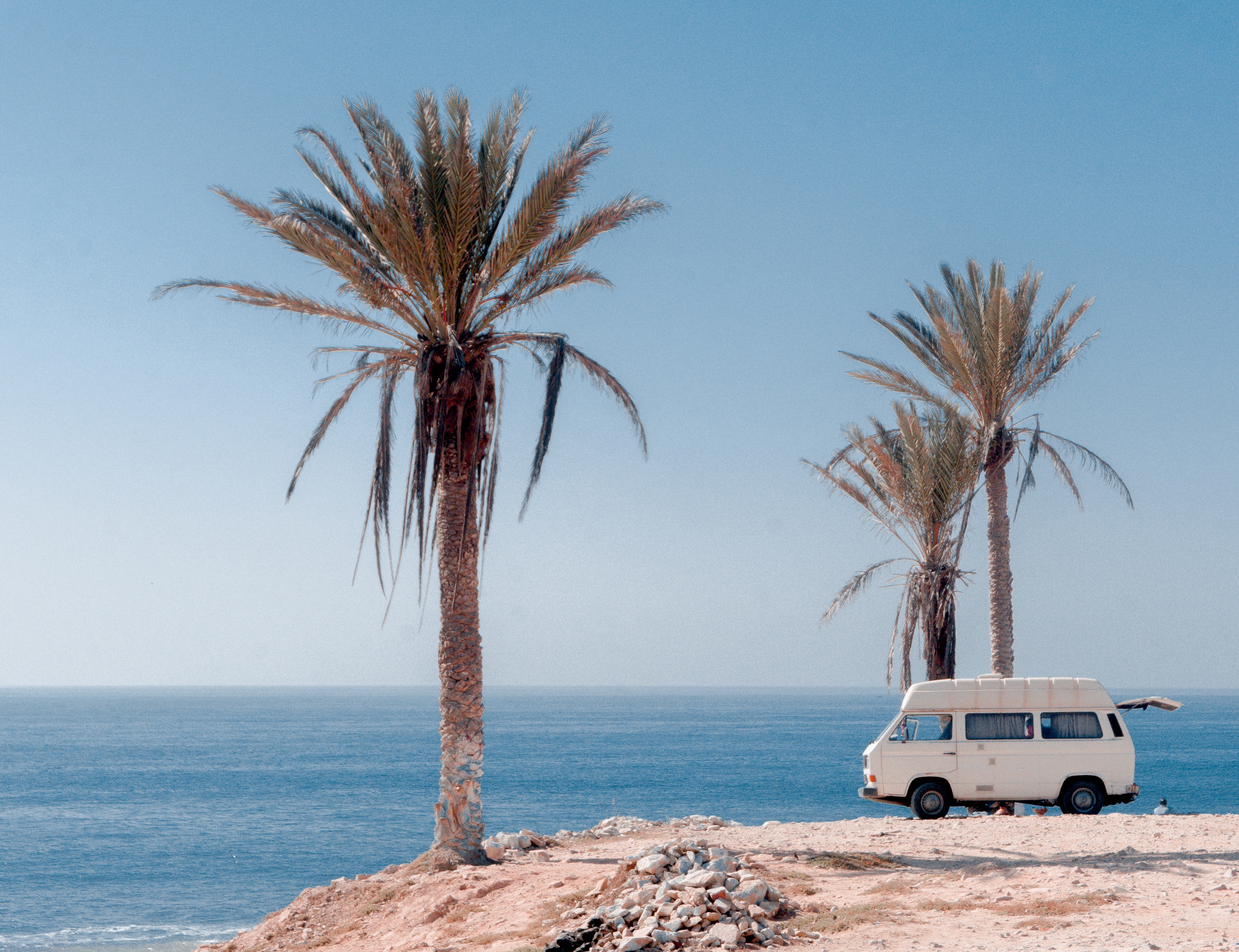 Despite the fights that broke out, the air conditioner that struggled through Nevada, and the trash stuffed into every nook and cranny of our minivan, our road trip to California went pretty well. In between Redbox videos and iTunes jam sessions, Deb, the kids and I all got the chance to be our own minivan Marco Polos. The exploration piece of the trip gripped all of us. From the towering canyon walls of Zion National Park to the California ocean waves foaming on the beach, God’s creativity was everywhere. I expected that. Every turn in the road brought more wonder, but what I didn’t expect was to see God’s creativity in what He was doing with my life.

The beauty of God’s authorship jumped off the pages of my story right into the middle of our road trip. My wife and I celebrated our 21st wedding anniversary. In the midst of gas station stops, cups of smelly seashells, fast food bags, and suitcases, Deb’s parents took our kids for the day, and just the two of us went to a museum in Malibu to celebrate. It’s a place called Getty’s Villa, a museum that is also a re-creation of Caesar’s father-in-law’s house, uncovered in Southern Italy, just below the infamous Mount Vesuvius. There are tours of the grounds and incredible ancient relics displayed inside the different rooms of the villa, all part of Getty’s collection.

As we walked, the sun warmed us, and the constant trickling sound of the fountains we passed brought some peace to our restless, road-weary minds. I could go on about the view of the ocean and the flowers, but what really struck me most about the place was one particular room displaying ancient gravestones. They told stories. One of them is a marble carving of a warrior either saying goodbye to his wife or finally seeing her again. He’s wearing his helmet, holding his shield, and he’s ripped. The carving was his last message to the world, a message sent literally thousands of years ago. It made me think of my brother deployed to Syria as an Army doctor, and my Marine brother-in-law flying helicopters, both warriors like the one in the sculpture. . . and it made me think of their families. 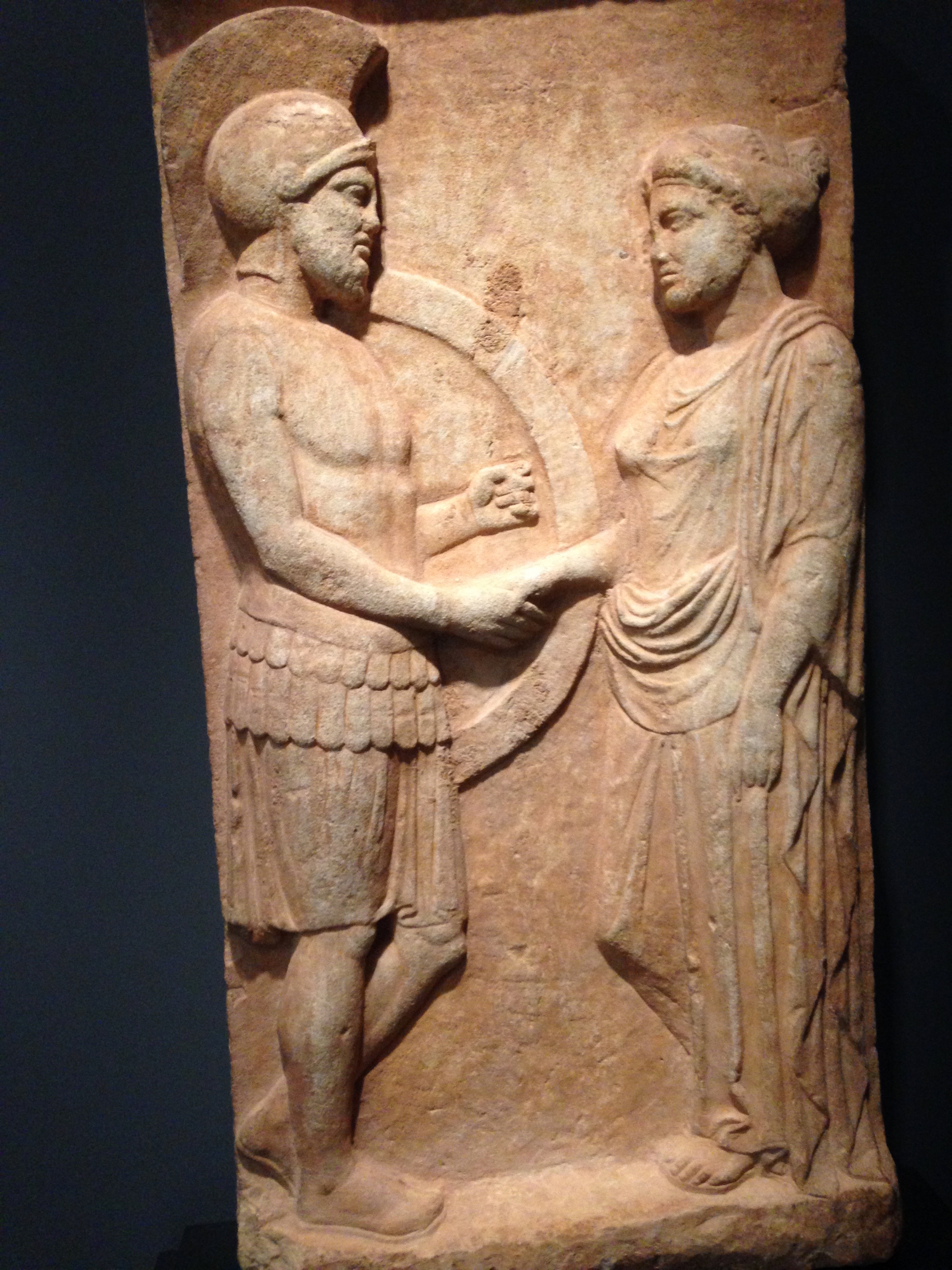 My brother’s wife and kids occasionally get a chance to talk to him on the phone, and his youngest, Sam, sleeps with his “daddy doll”, a little man-shaped, stuffed pillow with a picture of his dad on it. I stared at that carving, thinking about all the families that have made the sacrifice of saying goodbye to loved ones, warriors headed off to fight, or in my brother’s case, to mend. The tears of saying “goodbye” and the readjustment of saying “hello” again have characterized the military way of life for thousands of years. Standing there in the dark, I didn’t want to leave that lit up carving. There was so much of what makes life rich wrapped up in what I was seeing. Two people in love, both sacrificing for a greater good, both clinging to courage, hope, and to each other. We eventually moved on to a different room, but only after I got a picture.

The next day was Father’s Day, and Deb was driving, so I sent out texts to the dads in my family. My brother’s response came first, and it was a doozy: “It’s a great Father’s Day. I just landed in El Paso.” He was finally home! The warrior returned to his wife and kids! When I read the message to my family, our minivan shook with cheering. 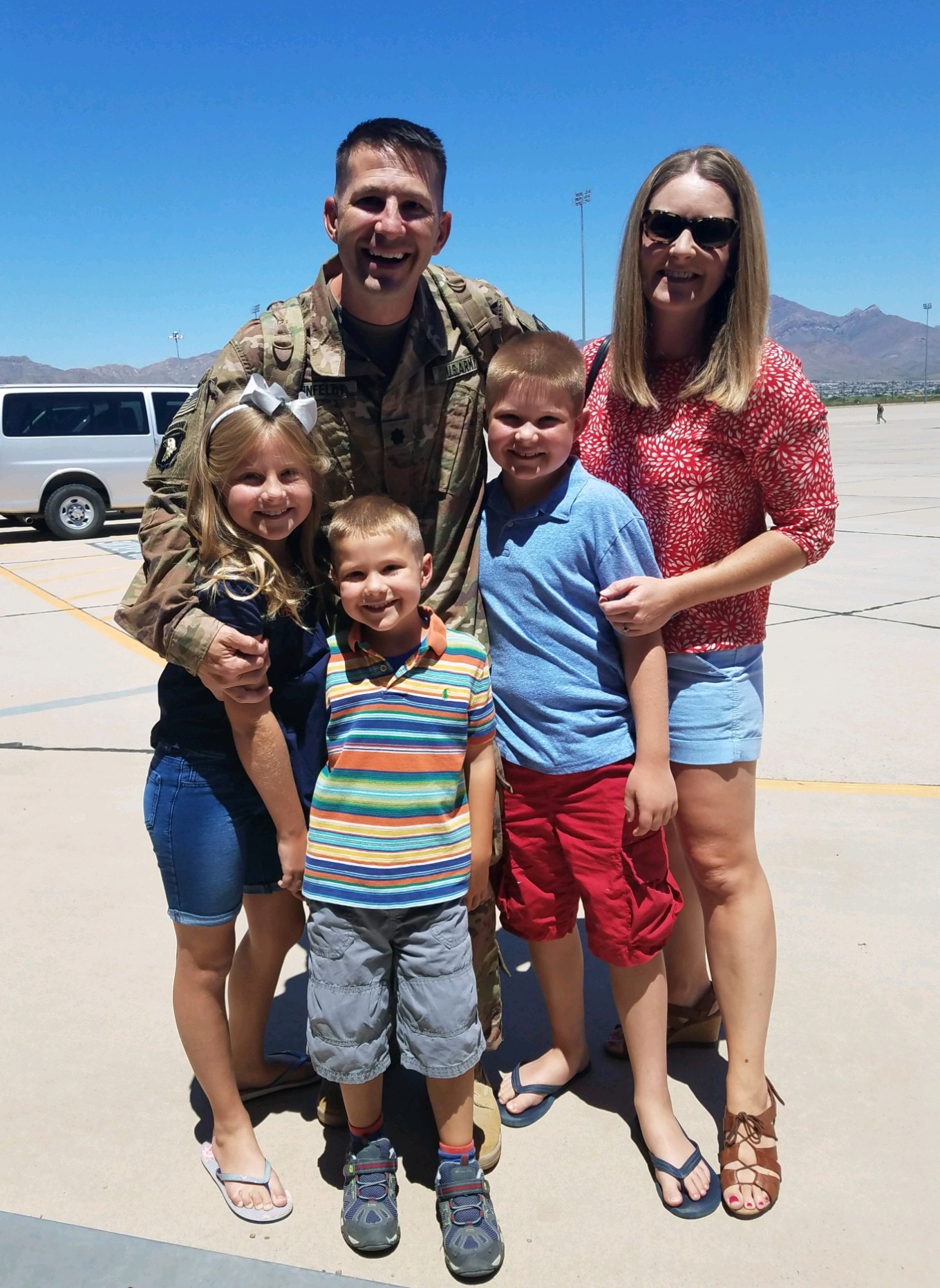 It wasn’t until later in the day that I thought back to that marble carving Deb and I saw the day before. For a moment in that museum, my heart ached for the warriors and their wives. It was the focal point of my day. Then, the next morning, I found out Eric was home. In fact, as Deb and I strolled through the gardens and talked about the carving, unbeknownst to me, he was on his way. The Author of life was offering a glimpse of His heart. A carving of a homecoming, one that spoke to me like nothing else in that museum, and the homecoming of my brother, both within 24 hours, is more than a “meaningful coincidence”.

Good authors and orators use repetition. They’ll repeat a certain line to highlight a point, they’ll keep bringing up the same material object to create a symbol, or even use similar scenarios in a story to emphasize a theme. They use repetition to reveal what they care about most. I couldn’t control when Eric would return from his deployment just like I couldn’t control what would move me at a museum, but God could. He connected a homecoming carving with the homecoming of my brother to reveal His heart for the warriors and their wives, and in the process, helped me see just how intimately involved He can be in every little detail of life.

The chorus of the song “Symphony” by Switch speaks powerfully to God’s creativity in life: “Even in the madness, there is peace drowning out the voices all around me. Through all of this chaos, you are writing a symphony.” There is chaos in life, things that seem out of place, like the used napkins, fast food bags and beach sand that cover the floor of our minivan right now. The craziness will always be there, but that doesn’t mean God isn’t in control. Just like taking a moment to enjoy a sunset, we can catch some of His beauty in our stories. He’s writing a symphony, and it’s beautiful!