All I wanted to do was talk about “good things”, something we do to start class every Wednesday. As soon as I asked, “What good things do you guys have that we can celebrate?” hands shot up all around the room. I pointed to Destiny.

“My birthday is in two weeks!” she said with a smile.

“Destiny’s birthday is in two weeks!” I repeated, “1, 2, 3” and we all clapped once, the traditional response to a “good thing”.

“I’m getting my license on Saturday.”

“Sean is getting his license on Saturday. 1, 2, 3,” and the room echoed with another loud clap. Carlos raised his hand, smiled and then brought it back down. “Carlos, what were you going to say.” He looked around the room at all of us looking at him. Again, a shy smile came as he straightened up in his chair. Something big was about to come out of his mouth, and he had us all hungry to know what it was.

“I gave up my ‘v-card’ last night!” he shouted. The room exploded as kids put their hands to their mouths with gasps and almost rolled out of their desks in laughter. It took me a moment to register what just happened, but the reaction of the room helped me figure it out.

I looked at Carlos and waited for the after-shock in the room to subside. “Carlos,” I began, “there are certain lines of what’s appropriate and what’s not in a public setting. . .” Kids were still giggling, unable to recover. “. . .and I’m pretty sure you just crossed one of those lines.” I finished, and Jeff gave him a high-five. It was pretty clear that my opinion was not the opinion of the majority. It was time to change the subject.

“Does anyone else have a good thing?” Destiny pointed at Katherine.

“Katherine got asked to homecoming,” she said, smiling and looking at her.

Katherine wasn’t saying anything, so I probed: “Were you and this guy friends before he asked you?” Again, snickering started to rise up in different parts of the room like little volcanos sizzling, ready to explode.

Her brow furrowed as she said, “She asked me to homecoming. My date is a girl.” The volcanoes exploded, and the room was once more a cacophony of squeals and gasps. “Good things” did not turn out quite as good as I had hoped.

The not so good “good things” conversation seemed like a mess to me, but not to God, and Octavio Paz’s poem The Street was His tool to help me see. Paz describes a “dark and doorless” street, and my students have walked in the darkness of that street. Making that observation in front of them always brings knowing looks and nodding heads. Then, hands go up. I don’t ask for them, but it seems like darkness doesn’t seem so dark when it’s exposed. 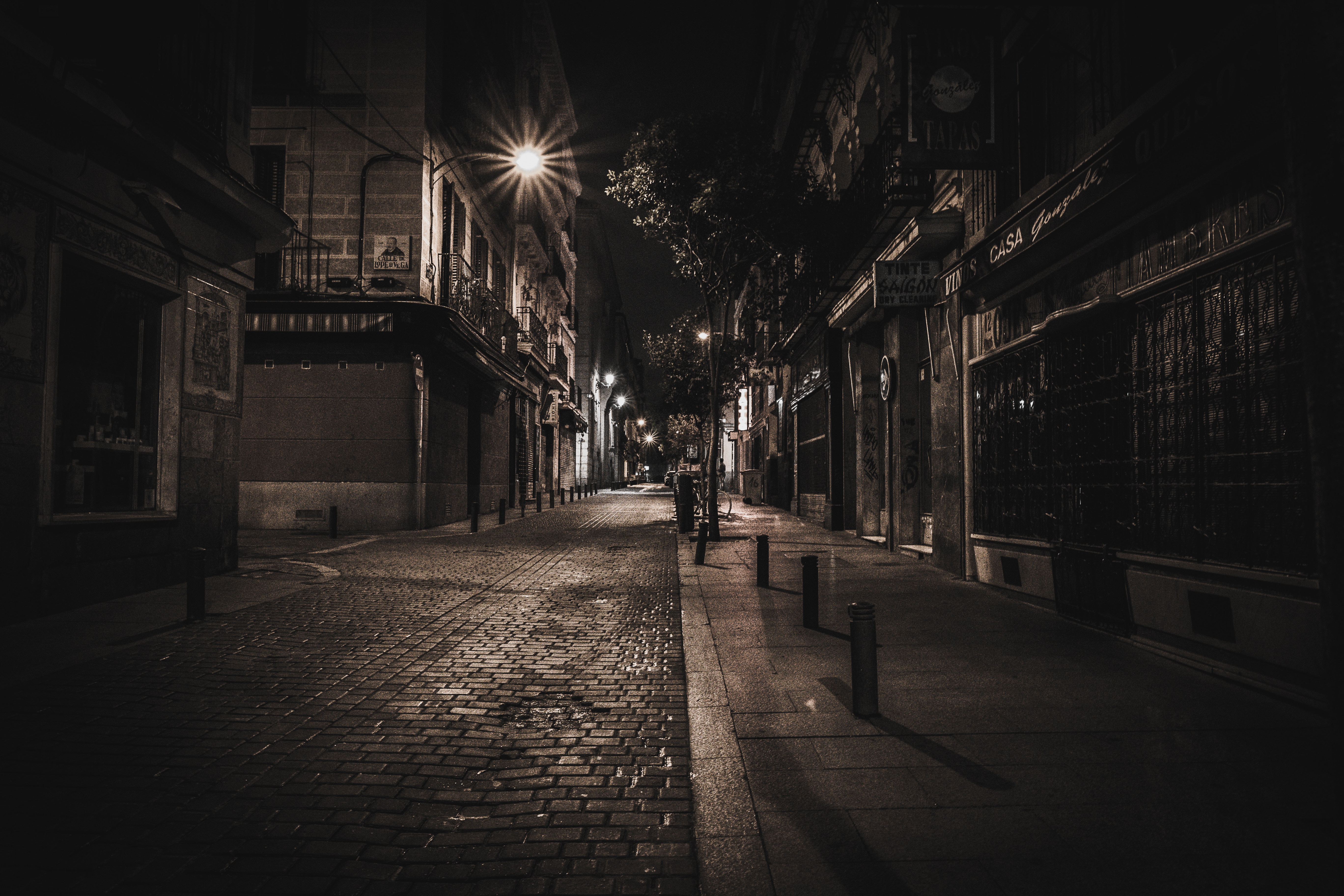 During one of those conversations, Shea raised her hand. “I’ve dealt with depression, and when it’s really bad, it feels like that poem, like there’s no way out.” The honesty, especially so early in the year, caught me off guard.

I stammered at first with what to say, but then finally got out, “That ‘dark and doorless’ line is definitely an image a lot of us can relate to.” Aubrie’s hand was up. “Go ahead Aubrie.”

“There’s always arguing at my house. My dad tells me I’m a disappointment, and my sister hates me. I feel alone, like that guy walking down the street.” Nobody dared to say anything. Some looked at the floor; some stared at Aubrie.

I stepped a little closer. “Aubrie, that took courage to share. Thank you.” She was wiping her eyes, but still managed to offer a polite smile. Trying to be subtle with my transition back on topic, I said, “Does anyone see anything else important here.” I was looking back at the poem, back at the lit-up screen, struggling with the sacredness of the moment, and most of the class followed my lead, but not Michaela. She was still looking at Aubrie. Her hand went up, so I pointed at her.

Like a bold, royal announcement in a medieval marketplace, she declared with a smile, “I think Aubrie’s important.” At first, I thought she was joking, but when I looked at her eyes, so full of joy, and then at Aubrie’s, filling with tears, I knew she meant every word. I was in awe. Like a hiker when he comes over a ridge to see the bright oranges and reds of a sunset, I just wanted to bask in the wonder and so did everyone else.

When Carlos announced to the class that he gave up his v-card, I felt defeated, like I was losing a battle that God wanted me to win. To me, Carlos was the problem, the hopeless teenager, but God knew he was just looking for a doorway out of the darkness of the street and into a place where he’s valued. Isn’t that what we all want? Maybe we look for it in relationships, hoping that what we see of ourselves in someone else’s eyes will be the person we’ve been longing to find? The tears running down Aubrie’s cheeks told her story. She longed for her dad to look at her with softness in his eyes and say, “I love you.” Then, in the midst of the darkness, someone told her she was important. Someone finally saw her, and it wasn’t just a passing glance. I don’t know what Michaela believes about Jesus, but I saw Him in her. Like Michaela, he sees through our masks, unphased by our mess, and says, “You are important to me.” Our streets no longer have to be “dark and doorless”. There is a God who sees us and kicks open the door to value and hope, bringing light to our darkness. Regardless of what Mom or Dad might say, regardless of performance or relationship status, our search for significance finally ends with one step through the threshold of that doorway into the arms of the One who opened it.