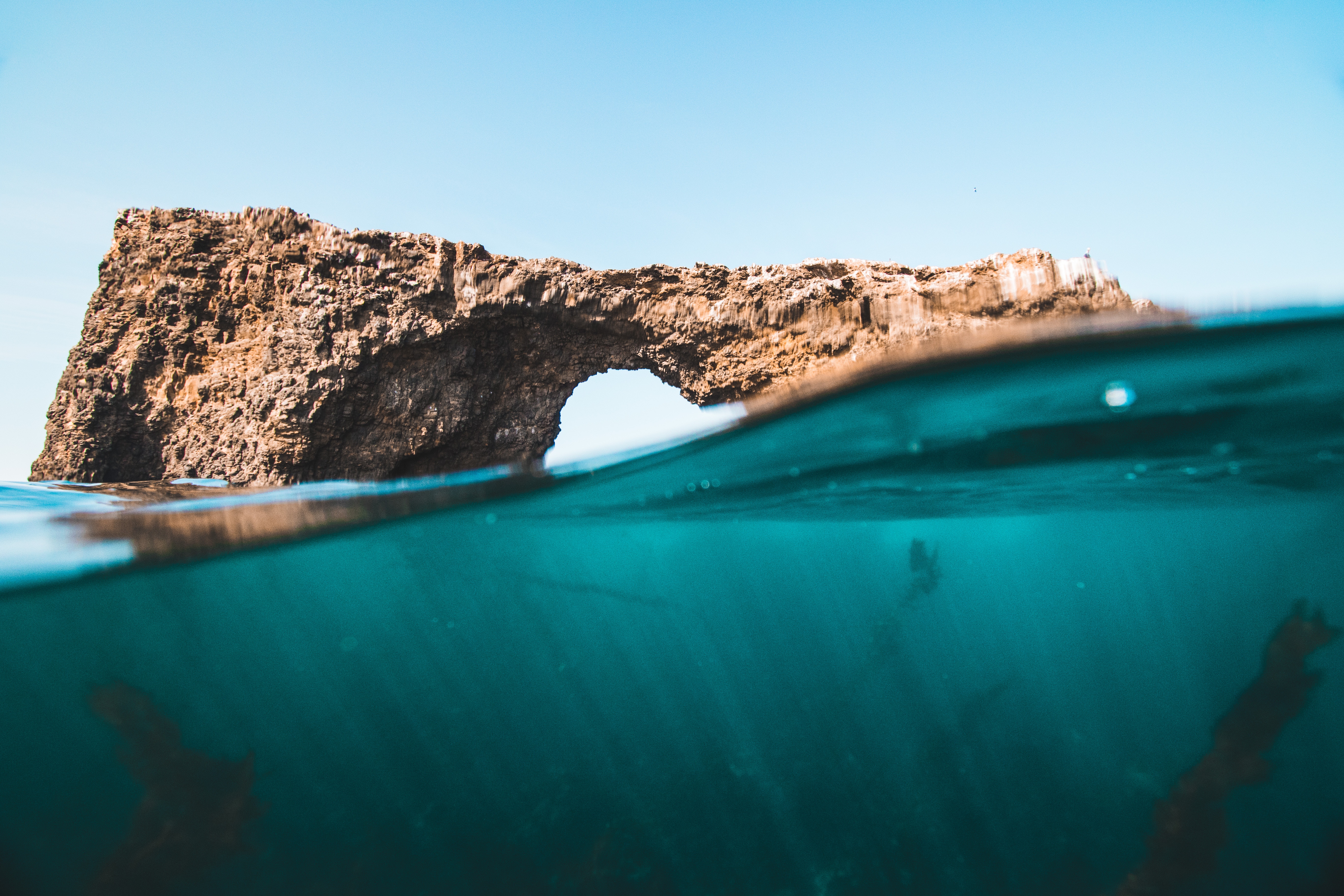 It’s never easy taking that first step into adventure, into the unknown. I’m the guy who gets squirmy when life gets even the slightest bit out of control. That’s why I love Lunchables, seating charts and being the driver on road trips. Whether I’m eating or managing a classroom, it scares me to step into the unknown, which by the way, is completely the opposite of my wife, Deb, who will eat fish eye soup just to “try it” and start home improvement projects because, as she says, “How hard can it be?” It’s largely because of her, sitting in our living room one night, that we booked tickets to fly to Okinawa, Japan.

Let me just say that going to Okinawa with a wife who loves the unknown to be hosted by my sister and her husband, a Marine whose life work is about facing the unknown, is not easy. Don’t get me wrong. I’m proud that my brother-in-law, Dan, is a Marine, and I love their family stationed on that little island, but from the language barrier to the raw fish, there is a whole lot of letting go and praying that needs to be done when a family buckles up for a trip to Asia. That’s what led me to the edge of the ocean shaking in my flippers and wearing a forced smile.

Dan invited the older cousins and I to snorkel. Did I mention he’s a Marine? Not only that, but he was a PJ in the Air Force. That stands for para-jumper. He was the guy who jumped out of airplanes into hurricanes to rescue people whose boats were sinking. His life is an adventure for crying out loud, and we were following him! When we pulled up to the Okinawa sea wall, we saw what even now makes my stomach turn. Waves were crashing in white rolls against unforgiving black rocks. There was no nice sandy shore, and the wind was howling, pushing me to turn around. Trying to sound tough, more like a Marine than a teacher, I grunted to my brother-in-law, “So what do you think, Dan?”

He shouted above the waves, “It’s a little rougher than usual.” I nodded, pretending it was no big deal.

“What kind of swimmers are your kids?” he asked.

Grateful for an opening, I gave him an answer sure to send us back to the safe, dry car: “About average. . .maybe even a little below average.” I waited.

Dan’s eyes gazed across the water a moment longer, the wind whipping through his blue t-shirt. Then, he looked at me, leaned back against the wall and said, “Let’s go for it.”

“Are you kidding me?” I thought, but I kept my thoughts to myself. After all, he was a PJ. The struggle inside me raged like the waves as Dan passed out masks and fins. Then, he gave us booties. “These will protect your feet from the rock fish,” he said. “They have poisonous spines.”

“Great! As if death by crashing waves against rocks isn’t enough!” Anxious thoughts pounded through my head as the dangers mounted. I stepped into the water to wash my mask and looked at my kids. David was shaking, and Hope’s smile was fake. Just like all of us, she was terrified. The cold of the water shocked me into reality. “What are we doing? We could die out here!” I thought. I looked at Hope making her way deeper into the water. “Hope, can you pray?” I asked.

She nodded, trying to keep her balance as the waves rolled in. “Thank you God. . .” Her voice was shaking, but she was being brave. “. . .for this chance to snorkel. Please keep us safe.” She was quick, and we headed out.

Two steps into the water and Dan shouted, “It’s a rock fish!” Now the reality of being poisoned was right in front of us. 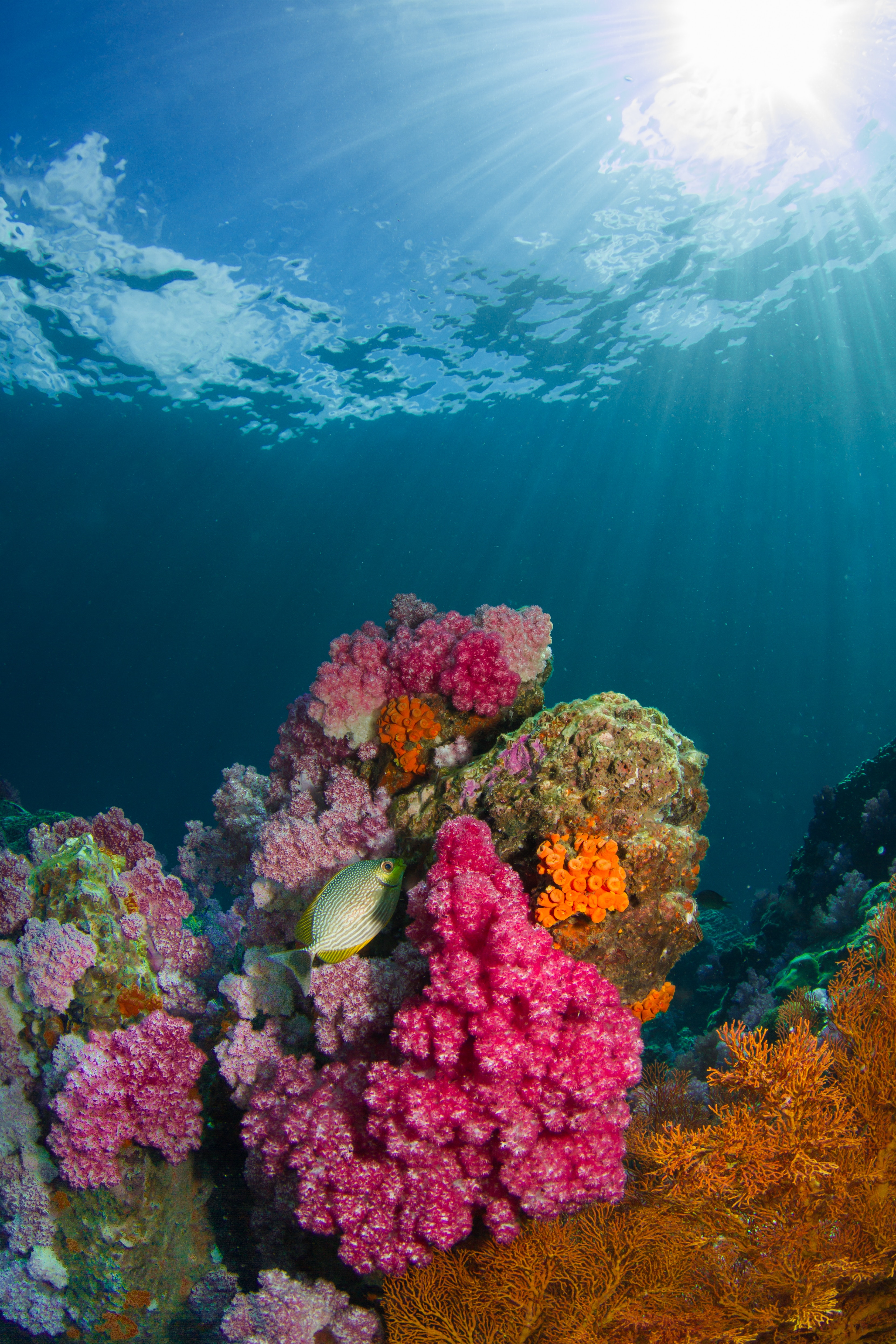 We all took a wide turn away from Dan, backing into the waves pushing against us. That’s when Dan’s son looked into the water and yelled, “There’s a sea snake over here!” Sea snakes have a bite that can paralyze a swimmer. You can’t make this stuff up. Just entering the water felt like one of those horrible roller coasters that eats at your confidence for the first 5 minutes of the ride clinking its way up hill before the terrifying drop.

But there was no terrifying drop. The waves calmed, and as the sun lit up the coral, Dan yelled for us to come see an octopus. It was his first, and we fought our way beneath the surface to catch a glimpse. The floating began to feel more like flying, like letting go, and the colors of the fish, the swaying seaweed, even the sea snakes filled us more with awe than anxiety. We were having fun!

Eventually we headed back to the rocks, but gathering at the same slimy steps where we first awkwardly backed into the water, trembling in our flippers, there was a much different feeling. The cousins were laughing, making piles of shells, interrupting each other with their stories from the deep. We pulled off our booties like commandos who had just taken an enemy shore, and the sun danced on the water celebrating our return. I looked at our wet group and smiled remembering Hope’s prayer. When my sister sees God answer a prayer, she tells her kids, “He bends close to listen,” and that’s exactly what He did. He heard Hope’s prayer. We stepped into the salty unknown, and God brought us safely to the other side just like she prayed. But what if I stayed on the shore? What if we didn’t have people like Dan and Deb to push us into places where we lose control and need God. I’m not endorsing a snorkel experience with sea snakes and rock fish, but I do think sometimes we’re a little too in control for our own good. God will call us into deeper waters, and when that happens, rather than heading back to the safe, dry van, we need to follow God, kicking our flippers to take on those salty waves. It’s only there where we find adventure, and it’s in those deep waters where we finally learn to trust, where floating become more like flying and life becomes full.