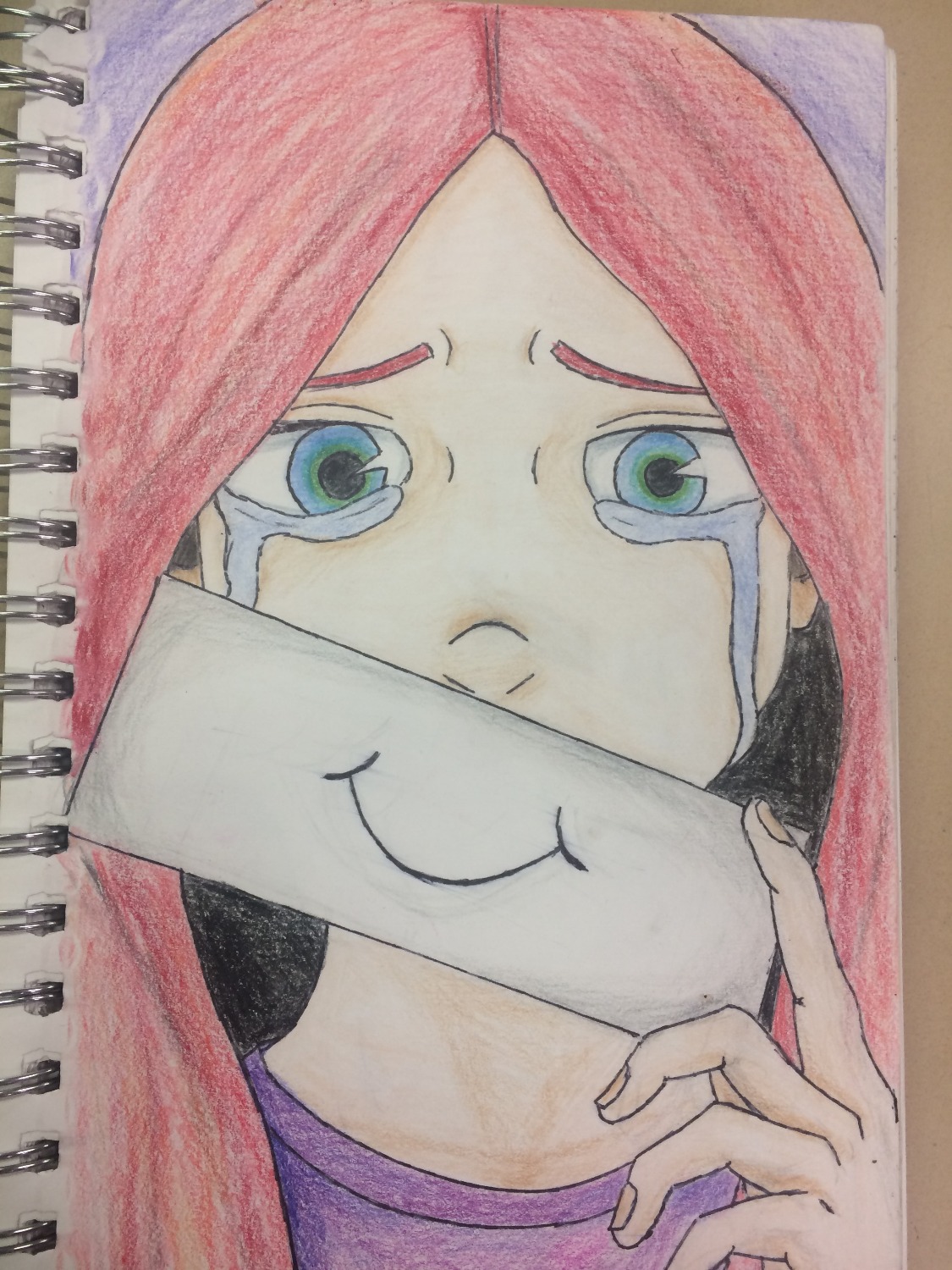 Becca, one of my students, loves to draw. She brings her sketchbook to class every day, and whenever she has a moment, she hunches over it with a colored pencil and lets her imagination go to work. Getting her to share her drawings isn’t easy. I think it’s because so much of her heart is wrapped up in whatever it is she creates. Who can blame her? There is incredible vulnerability there; taking a look at whatever she draws is taking a look at her heart. It is much more comfortable and safe for all of us to keep those sketchbooks closed, but one day, she opened it up to let me see a picture of a girl, eyes filled with tears, hiding behind her smiling mask.

Becca’s picture captures so much of what I’ve seen as a teacher and so much of what we discuss in class. This idea of the pain and vulnerability hidden beneath the superficial day to day of life is a prominent theme in Ray Bradbury’s Fahrenheit 451. Montag, a man who no longer can wear his mask, suddenly sees his wife differently: “But that was another Mildred, that was a Mildred so deep inside this one, and so bothered, really bothered, that the two women had never met.” Whenever my students and I look at those sentences, I ask them if they ring true for them: “Do you see this? Is there a person within us, broken and insecure, hiding beneath the surface?” Stopping in the middle of reading those lines and then asking that question always brings rapt attention. Every heart in the room resonates with what Bradbury is saying. There is a person deep within most of us who rarely has a voice. We’re too afraid to let that voice be heard because we’re afraid of how it will be perceived. It’s the voice Becca finds when she draws, and I loved what she drew so much that I asked her if I could share it with my other classes. She said, “yes”, and when she said it, there was a little sparkle in her eyes.

A few days later, someone told me there was a student waiting for me. When I saw Kayla’s face, I knew. “Mr. Ahnfeldt, can you close the door?” I closed the door and leaned up against the wall. She talked about her boyfriend, the distance she felt from her parents, and seemed to be avoiding what we both knew she was trying to get out. Finally, as gently as I could, I asked her, “Are you pregnant?” She nodded, quietly. We talked about the life inside of her and the boyfriend who promised to stay. She smiled thinking about all of it. “Have you told your dad?” I asked.

“No,” she said, looking at the floor, “He’s already disappointed with me.” He was living in another state, leaving Grandma to take care of his little girl. Tears filled her eyes, so I asked her more about her plan. She liked talking about the future. When we were done, she grabbed her backpack, like her shame, and threw it over her shoulder to leave.

One Friday, Kayla asked if she could talk to the class. She had a slideshow and found a Jack Johnson song on youtube. As Jack played, she scrolled through pictures of her dad holding her in diapers and the two of them playing on the beach, every picture full of smiles. “This was our song,” she said, pointing to her dad with his arm around a little girl, “and that’s me.” The class went silent. She looked at the picture for a minute and said, her voice shaking, “I miss him. I miss the relationship we used to have.” She talked about how judged she felt, and with strength building in her voice, she challenged all of us, “Don’t be mean! You have no idea what people are dealing with when you say stupid things.” That little girl in the slideshow, the one she wanted us to meet, found a voice. 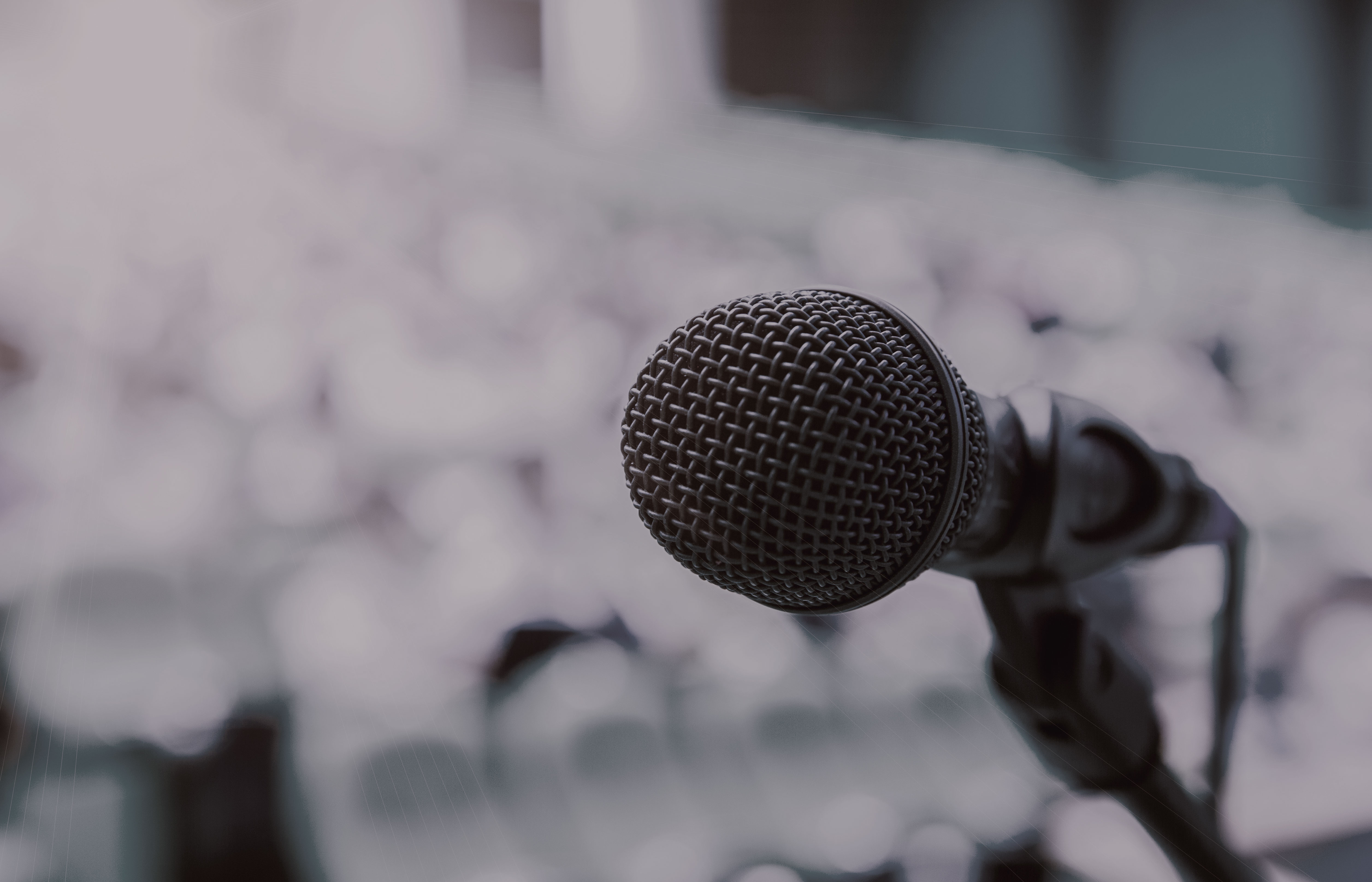 Grace was a girl like Kayla. She usually smiled and spoke with confidence, but she was gone for a few days until she showed up in my office. “Mr. Ahnfeldt, can I get some assignments from you?” she asked. I looked up and saw her at the door. She was smiling politely.

“Hi Grace. I think you missed the annotation we did.” I smiled back at her, and we walked over to the printer.

Words started tumbling out of her like the paper from the printer: “I was suspended for missing school. I’m not a skipper, Mr. Ahnfeldt. My mom lost her job, so I had to work some full days and missed some school.” She was strong and still smiling. I didn’t even know she was suspended, but the fact shocked me. Grace was an honors student, and I had no idea she and her mom were struggling.

“That’s okay.” I said, handing her the poem.

“I just don’t want people to think I’m a bad girl.” The words came out more as a whisper, and they came with tears.

“Oh Grace, you’re not a bad girl,” I said, giving her a professionally appropriate side hug and walking her to the door. I didn’t know what else to say, and she left, trying to get away before that broken girl inside could fully introduce herself.

None of us are eager to meet the broken person hiding inside us, and even fewer want to let that person speak. It’s awkward and often uncontrolled, but these young ladies taught me about the beauty and power of authenticity. Like Becca, we need to open our sketchbooks and let the hiding, broken people around us know they are not alone. That’s when the master artist does His most impressive work. The tears, the whispering voice, the broken pieces become the colors to his paintings and the lyrics to his songs. We may like the sound of our own eloquence, but it’s the voice of brokenness that God loves to hear, and it’s that voice that opens our hearts to His love.