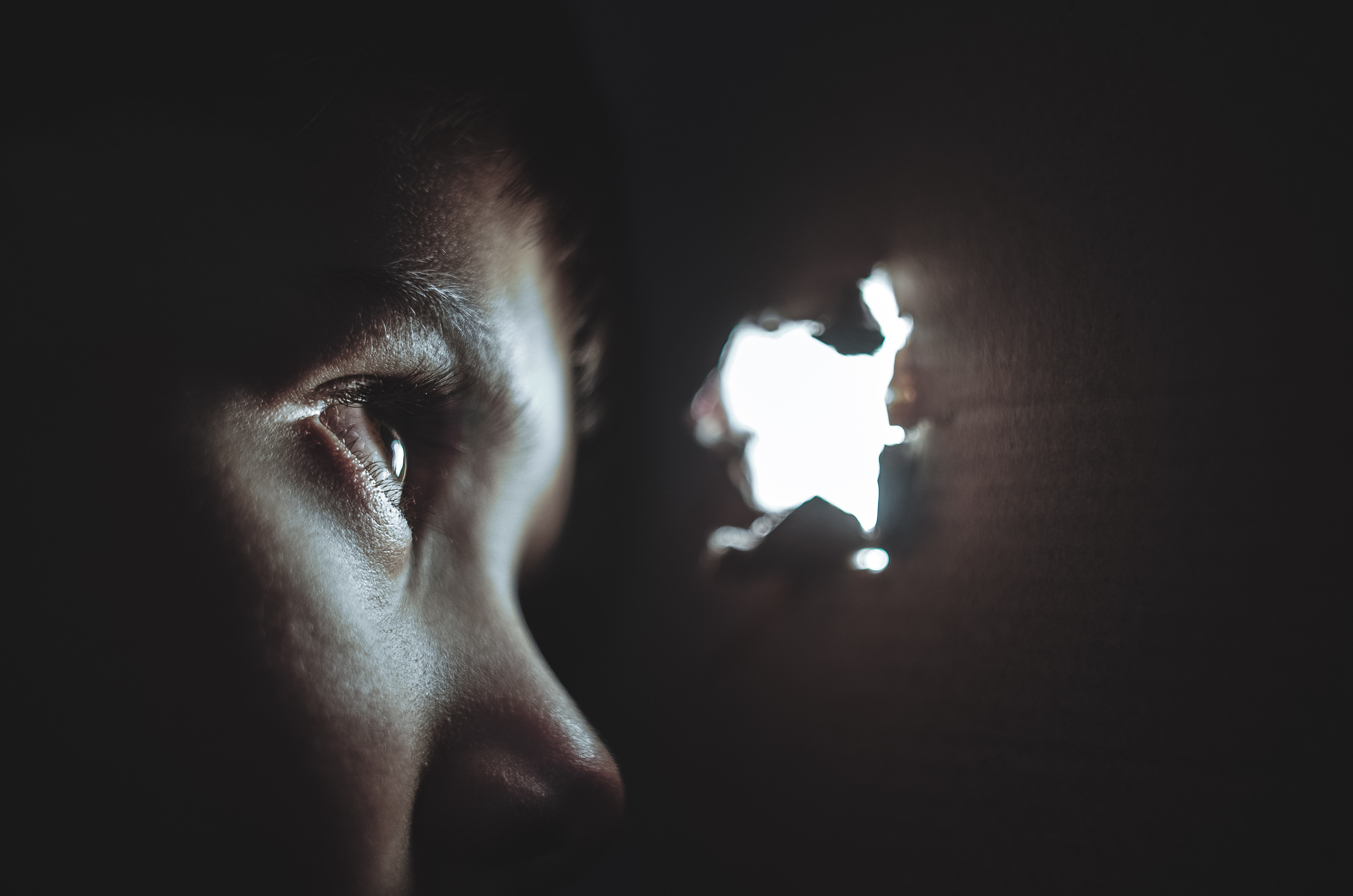 My daughter used to make me bacon and eggs. The recipe only called for a rock and a couple of sticks, and when she served it to me, I ate it hungrily. In between third and fourth helpings, she would ask me for rides in her plastic car. There was no defense against those big, brown, 2-year-old eyes, and her sweet voice pleading with me, “Gin Daddy, gin!” Innocence is irresistible.

It may be hard to believe, but that sweet innocence somehow manages to sneak through the brick walls and double doors of the high school where I work. In the same class discussion that ended with a screaming parent a few weeks ago, my students and I focused our attention on Lennie. He was the first of Steinbeck’s “misfits” in Of Mice and Men to walk into Crooks’ room. As a black man beaten down by racism and its isolation, Crooks is hardened and protective of what little “rights” he has. When Crooks says sharply, “You got no right to come in my room. This here’s my room. Nobody got any right in here but me,” Lennie replies with a smile, “I ain’t doing nothing. Just come to look at my puppy. And I seen your light” (chapter 4). Eventually, with his defenses weakening, Crooks lets the very white, big teddy-bear of a man walk into his room, and he finally gets a chance to sit down and talk with another guy, something his heart longs to do throughout the novel. A racial barrier is shattered and community is born. But what was it that got Lennie in that door? What was it that got Lennie past the bulwark Crooks had built around his heart? After posing the question to the class, hands shot up. I pointed at Zach, headphones looped over his ears.

“There is a light there. Maybe it’s a symbol of something, like A Raisin in the Sun.” There were some “oohs” and “ahhs” in response.

After asking Azalea to give him a high five, I lifted my hands in the air, yelled “Connections!” and wrote it on the board. Another hand went up. It was Rachel’s.

“Maybe the light represents innocence. Maybe he let him in because he is innocent.”

“Awesome!” I said, and I turned to the white board to write, “Innocence has power.”

A few days later a colleague of mine was crying in the hall. She was slumped over in the middle of an English teacher huddle. Someone with a much more sensitive “emotional radar” than mine stopped her, and the tears came before she could finish asking, “Are you okay?” We all gathered around to listen, offering Kleenex and hugs. Then, Sean walked up. He’s a rather unpredictable kid who will say anything to anybody. If a student, a guy or a girl, shares something vulnerable in a discussion, more often than not, he gets up and offers a hug. So far, students have accepted his hugs graciously, but there have been times when I’ve worried someone would say something mean, turn away from him, or even throw a punch. Whether it is intentional or not, he refuses to follow the herd. 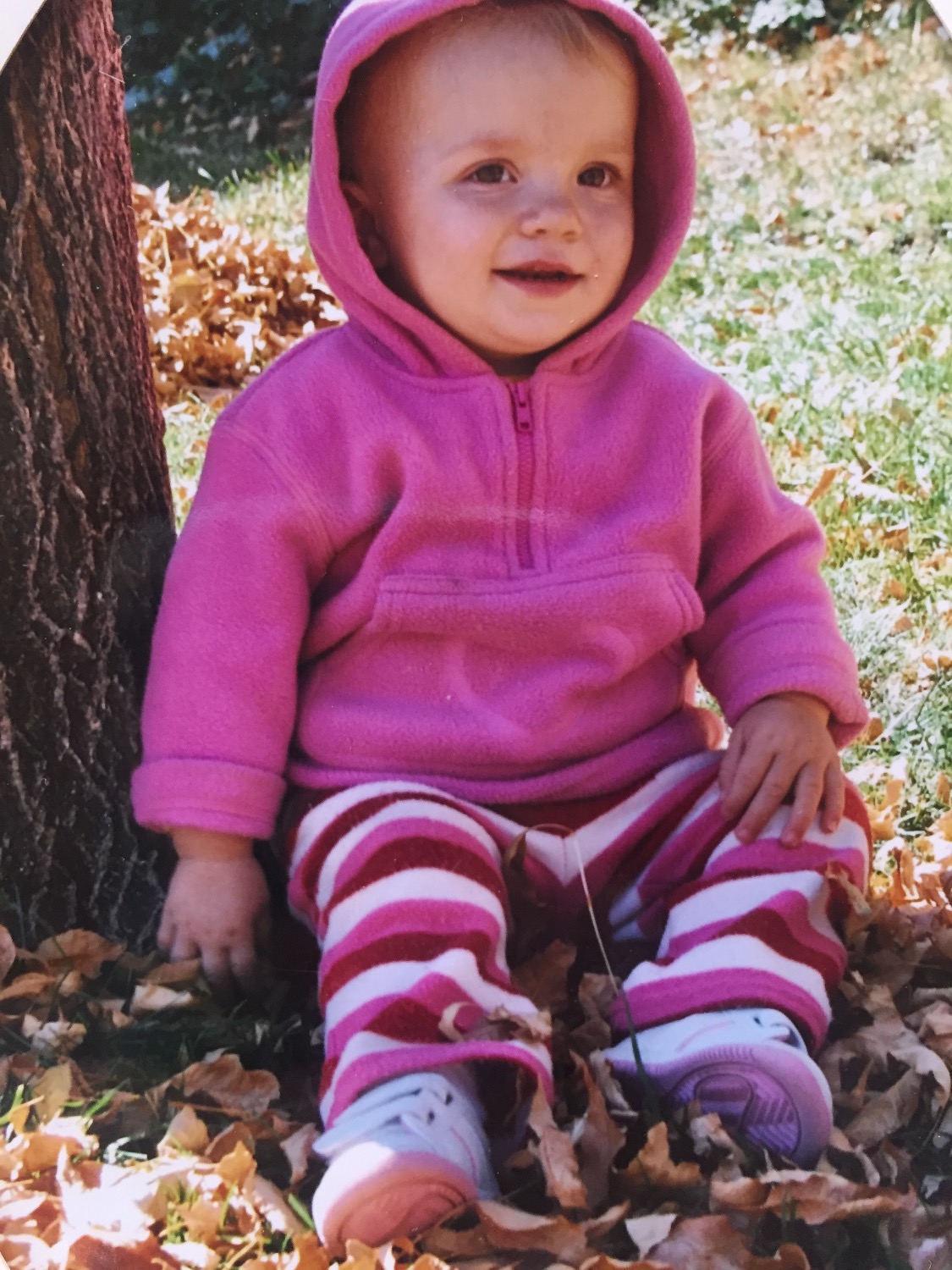 Sean was on his way back from the bathroom when he saw us. I saw the wheels turning in his head as he looked at the huddle of English teachers. As he got closer, his eyes landed on the face of the woman crying. I tensed up. What was he going to do? Without hesitation, he broke through our protective ring, like Lennie breaking through the bulwark around Crooks’ heart. He walked into the middle of all of us, looked my friend in the eyes and said, “You look like you could use a hug.” Sean broke a pretty solid social norm. Didn’t he know kids are not allowed in crying teacher huddles? There are so many women who would’ve graciously said, “No thank you” and watched him walk away, but my friend reached out with a smile, tears still filling her eyes, and received what he came to offer. And her reaction wasn’t just a polite gesture; her face lit up when he hugged her. She genuinely felt loved, and I genuinely was in shock! Sean walked back to my classroom to finish some journals, and my friend pulled me aside to ask his name. Grabbing my arm, she whispered, “What a sweet kid!”

After 20 years of teaching, I’m still learning to “see” kids. When Sean hugged my friend, it was weird to me, but she saw past the awkwardness and found wonder. His innocence leads him past barriers most would never cross and equips him to love people in ways most can’t. That same innocence was Lennie’s ticket to bring community to a man withering away with loneliness. To him, there were no racial barriers. To Sean, a huddle of teachers around a crying woman was another chance to love someone. Social norms? What social norms? Too often, I see my students as “that cheerleader”, “the kid with six suspensions”, or the “druggy”, but there is a child inside every one of them desperate to be known, loved, and maybe even get pushed around a little in a plastic car. I’m terrible at seeing like God sees. Society screams at us to grow up and conform, and over time, calloused layers cover our hearts, but God is a father who sees through all that. Some, like Sean, can remove those layers, but others can’t. Jesus tells us that if we want to follow Him, we need to be like children, to not let society dictate how we live. Maybe following Him also means we see the children on the other side of the calloused layers. That’s when we can look at people and love them, like a father looks at his 2 year-old daughter, offering rocks and sticks for breakfast, and like my friend, tears filling her eyes, looked at Sean.