What Was in the Box

Miracles aren’t always wrapped in the prettiest packages.  But we’re desperate to experience them.  Why?  Because life can feel ordinary.  Going to work, moving papers across desks, sitting in traffic, doing the dishes and then doing it all over again.  The everyday of life can seem as plain as white bread and a piece of unwrapped American cheese.

So when Christmas rolls around, the child in each of us wants to dance at the sight of the first snowfall or the stringed lights flickering across the street. We want to see something new, something beyond the ordinary.

Our hearts long for miracles, but the One who creates them has a sense of humor. He loves ordinary.  In fact, He loves it so much He often uses it to weave in His wonder.  More than castles, wine and gold, He prefers old barns, water, and mud.

We celebrate at Christmas because God’s greatest miracle was born in a barn, in the mess of a pile of hay and a cloud of animal stench. Nothing spectacular in that setting. A few years later, Jesus made wine fit for kings out of feet-washing water.  Probably not a wine connoisseur’s first choice.  And when Jesus met a blindman, He spit in some dirt, made some mud and rubbed it in his eyes. Pretty gross, but when the man washed off the mud, he could see.  God loves the ordinary, even messy pieces of life because it offers the perfect backdrop to experience Him.

Shoeboxes are as ordinary as it gets—perfect for unveiling a little magic—and there were a bunch of them in the trunk of an old Venezuelan taxi.  It rumbled down a dirt road, and my friend Lilian smiled at the thought of what was about to happen. She looked out the rear window and could see through the dust the other taxi carrying her friends, all volunteers for an organization called Operation Christmas Child.

The children waited with giddy anticipation in the shade of the cement church, and they cheered as Lilian pulled up. Running in their flip flops and faded, ripped jeans, they circled around her as she stepped out of the taxi and into the heat.

Their smiles filled her, and she silently thanked God.  After leading them into the cool of a simple room, she told the children to sit on the tile floor.  They all watched with wide eyes as the boxes were stacked. Shafts of dusty light broke through the holes in the tin roof, and the cheerful voices echoed off the walls. To Lilian, the noise was beautiful, the sound of hope.

When the children were quiet, the pastor spoke.

“Are you enjoying the party?” he asked.

They shouted and giggled in response. 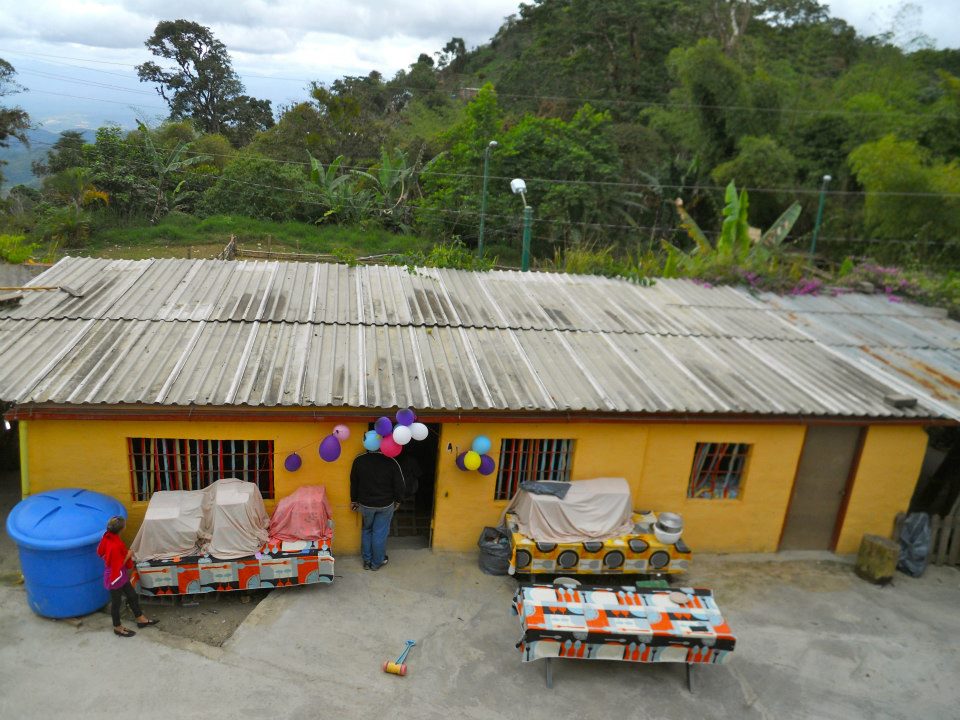 “These boxes,” he said, “are an expression of God’s love for you. People prayed for you as they packed them.”

He spoke to them about the real reason for Christmas, he prayed, and when he was done, the boxes were passed out with instructions not to open them yet.

Some of the children shook with nervous anticipation, and others shook the boxes to guess what was inside. Then Lilian stepped to the front of the room and told them it was time for a countdown.

Children danced with their toy cars and dolls, and Lilian stooped down to give them hugs. Christmas had come to the little cement church. The volunteers laughed with delight, wading through the beautiful mess of empty boxes and wrapping paper.

Everything seemed perfect until a little girl caught their attention.  She opened her box, looked inside, and when she began pulling out her gifts, every adult watching wanted to cry.  Her little hands help up a wool hat, a scarf and some gloves.

What were the packers thinking? Lilian thought.

The Venezuelan heat already had the children lingering in the cool of the church. Streams of sweat ran down their faces in the melee of ripped cardboard and toys. What would a little girl living in this heat do with winter clothes? Who would pack a hat, scarf and gloves in a box heading to Venezuela?

Everyone waited for some kind of response until. . .

What?  She was actually smiling!

She stood up, flung the scarf proudly around her neck, and shouted the words Lillian would never forget.

“How did they know?”

“How did they know what, honey?” Lilian asked, walking up to her.

“How did they know my family is moving to Merida?” she said, pulling the hat over her head. She was moving to the mountains, the coldest place in Venezuela, and the only place it snows. 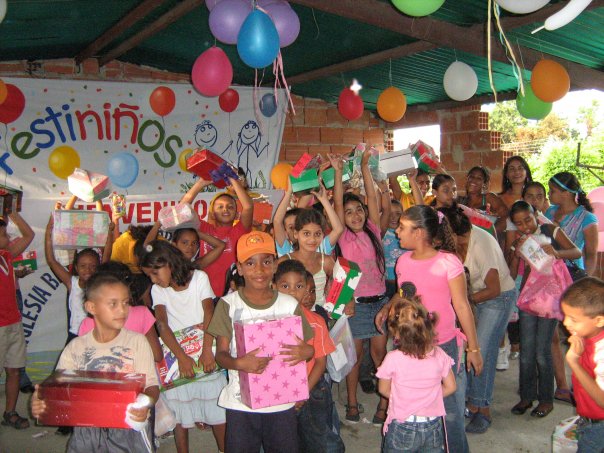 Lilian had no words. She threw her arms around the beaming girl, holding her tight, as if holding her would make the moment last. When she finally let go, she stooped down, looking her in the eyes, and said, loud enough for all to hear, “God knew, and He loves you so much!”

In a very mundane cement church, some children opened some boxes, and God unveiled his magic. He showed a little girl she was seen. God likes to package His miracles in the ordinariness of life and surprise us with His love.

Although life may beat us down enough to make us believe we are a little below ordinary, and packing a simple cardboard box may feel like a mundane task, all that we see as ordinary could be a first step into wonder. Like children tearing open boxes, we can look beyond the cardboard of life and find joy in the treasures God has waiting for us. It may be a conversation, a song on the radio, or a meal at the table, but God wants us to experience Him in the everyday, even in something as ordinary as a shoebox.

That’s all for today! Thanks for reading.  Do you like these stories? A great way you could show your appreciation is by sharing this one with someone else who might enjoy them. Or did someone share this with you? Sign up here to get a story like this one twice a month. Thank you for your support!