Talk to Me Goose 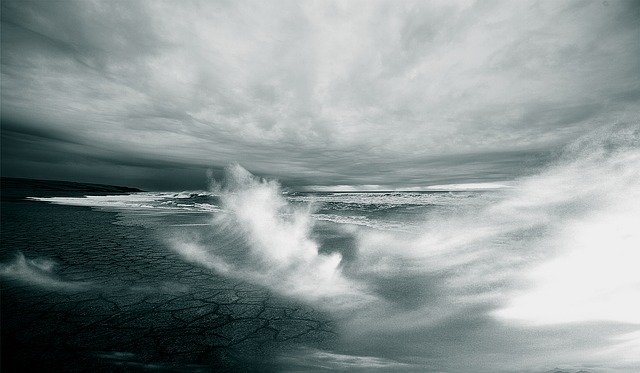 I still remember that face. Tears clouded David’s tired eyes as he squirmed and kicked at the sheets. “Why does this keep happening?” he asked, gritting his teeth to hold back the emotion. He was only eleven, so with his Rival Nerf gun already missing, losing his Colorado Rockies blanket was too much. Tears streamed down his face, and I tried to convince him there were other blankets.

“No there aren’t,” he said with a muffled voice, his face buried in his pillow. I offered the pink and blue bunny quilt, but pink bunnies wouldn’t cut it. He rejected it like the curdled sippys of milk we used to find in random parts of our minivan. His little breakdown was starting to get to me. I wanted to leave, so I gave him a forced hug and said “goodnight”.

Then, Deb came in the room. She saw the look in his eyes, and kneeling down by his bed, rubbed his back, finally ending the writhing and moaning. I paused just outside his door. Hurricane velocity winds were stirring up waves of anxiety in our boy, and my wife was stepping into his storm. With a silent exhale, I went back into his room, put my hand on his back with Deb’s, and we prayed.

After the kids were asleep, I fell into the sofa needing an escape. A 1980s ache was screaming to be satisfied, so while Deb folded socks, I grabbed the computer and clicked my way to the opening scene of Top Gun. The kid in me gets stirred up every time I go back to that scene—the synthesizer cymbals set the tone, the fog blows over the aircraft carrier’s deck. As the F-14 Tomcat waits to take off, the sun starts to rise, and the silhouettes of men work to get the plane ready, but before Kenny Loggins could sing Danger Zone, the scene changed.

Someone had edited the Youtube clip, and I was watching the climactic dogfight. Maverick was sitting on standby in his F-14 while Iceman and Hollywood were facing not 2 but 4 MiGs (Russian fighter jets). Seconds into the fight, one of them sends a missile through Hollywood’s wing. “I’m hit, I’m hit,” he yells as Iceman watches him go down. 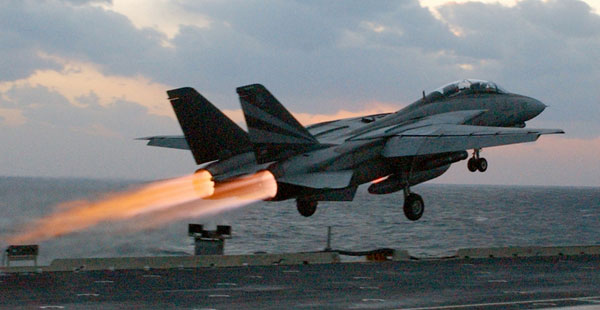 The music changes, and Maverick scrambles. He drops his helmet visor, puts on his mask, and salutes the technician giving him the signal to fire up and take off. I was locked in. MiGs are flying around Iceman like bees around honey, and Iceman is screaming into his radio for Maverick to hurry up, but before Maverick can do anything, a MiG flies in front of him. The jet wash causes him to lose control. Sweat and wild eyes tell us he’s going back to the accident when he lost his partner, when he lost Goose.

He gets control of his spinning plane, but he disengages saying, “It’s no good.” The fear, the stress, the panic is too much, and he starts flying away. As his co-pilot pleads with him to get back in the fight, Maverick looks down at some dog tags and repeats, “Talk to me Goose.” He waits, staring at those tags. Then, when everyone is giving up on him, he turns the plane around to rescue his wingman. I watched, and God planted a seed.

A few days later, Deb was gone, so I did what any desperate dad will do. I took the kids to La Casita. Grabbing my shrimp taco, desperate to make conversation, I asked, “Do you guys think you’ve heard anything from God this week?” They thought for a minute, and I waited, hoping someone would say something. David was finishing a bite of his burrito, and through the beans, I heard, “I need to take a chill pill.”

“What?” I asked. He smiled and repeated himself. I put down my taco and looked at him. “How did God tell you that?”

He took a drink of water and spoke a little more clearly. “I was reading about Jesus calming the storm, and God told me to take a chill pill.” My mind went back

to the night when he went over the edge—the kicking, the tears, the exhaustion, a night when I was at a loss, an adult looking down on a boy with childish struggles. I yelled, probably a little too loud for La Casita, “David, God saw you! You were spinning out of control, and He spoke.” As the words left my mouth, the connection to Maverick’s moment in the plane, the seed that God had planted, worked its way to the surface.

When we got home, I had to show the kids the dogfight. They saw Maverick’s wild eyes as the plane was going down, and they heard him whisper, “Talk to me Goose.” David saw himself in that scared pilot, but it wasn’t Goose’s voice he eventually heard, and it certainly wasn’t his dad’s. He heard Jesus. He was spinning out of control, and Jesus spoke, giving him the strength to get back into the fight. God did for him what I couldn’t.

There’s a boy in me too, a boy who gets so afraid, all he feels like doing is burying his head in a pillow and crying. One morning this week, my heart was racing. The details in my head were sending me into a tailspin, and just breathing felt difficult. 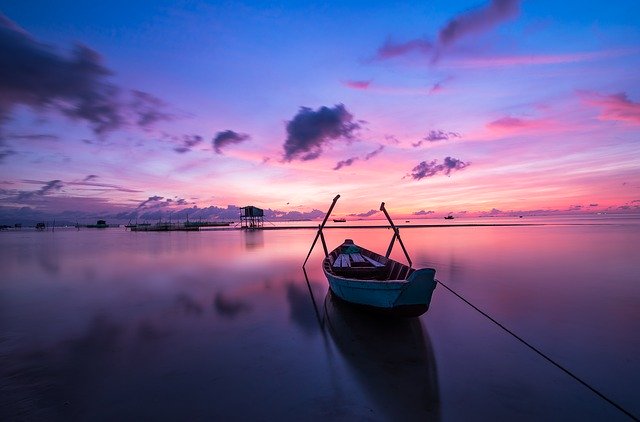 I longed for that storm-calming voice. It’s not always easy to hear. Sometimes it seems it’s not there at all, but make no mistake, there’s a voice. We might hear it in a sermon at church or a song in the car. I’m hearing it now as I type. Working on this blog, processing this memory of David’s breakdown is just what I needed. There’s a God who knows I need Him, a Shepherd and Overseer of my soul who sees the storm inside and wants to speak. He loves us too much to let us keep spinning, but we have to ask for help. We have to say, “Talk to me Jesus,” and then, even in the midst of dogfights and tailspins, make a place to listen.